The homes in America are nothing short of incredible. They are not like the homes in your area in any way, shape, or form, and they include a wide variety of lavish architectural details, like enormous swimming pools and garages, among other things. This list includes the biggest homes currently available in the United States.

Both foreign visitors and those who live in the area should make it a point to check out some of the biggest homes in the United States of America. The construction of these enormous palaces may take years and cost millions of dollars. They often consist of many buildings connected to house a single family.

The social position and personal tastes of a home’s owners are reflected in the structure’s design and size, which may take various forms.

In the United States, many people live in little flats or modest homes with two bedrooms, while other individuals live in enormous mansions that are so large that they could easily swallow other houses whole. Without further ado, here are the 10 largest houses in America. 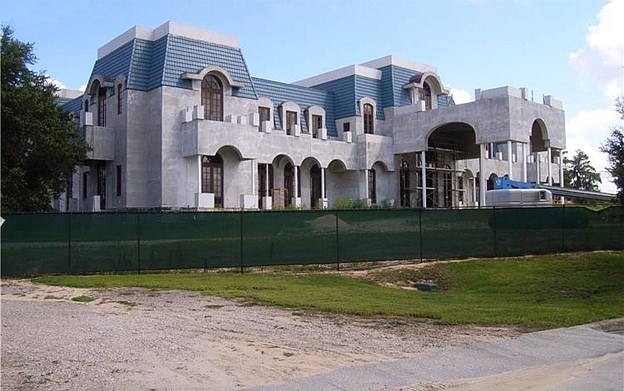 David and Jackie Siegel, a famous couple from Florida, have been working on the construction of what they refer to as a “modern-day Versailles” for more than 18 years. Their efforts were chronicled in the film “The Queen of Versailles,” released in 2012.

The construction has not exactly been a walk in the park; it halted in 2009 when the economic recession began. In 2019, the Orlando Sentinel reported that Jackie expressed remorse that she had even begun constructing the house.

In the year 2022, Jackie disclosed to TMZ that hurricane Ian was responsible for the destruction of her notoriously enormous Versailles estate. Jackie estimates that the damage caused by the hurricane was in excess of $10 million. 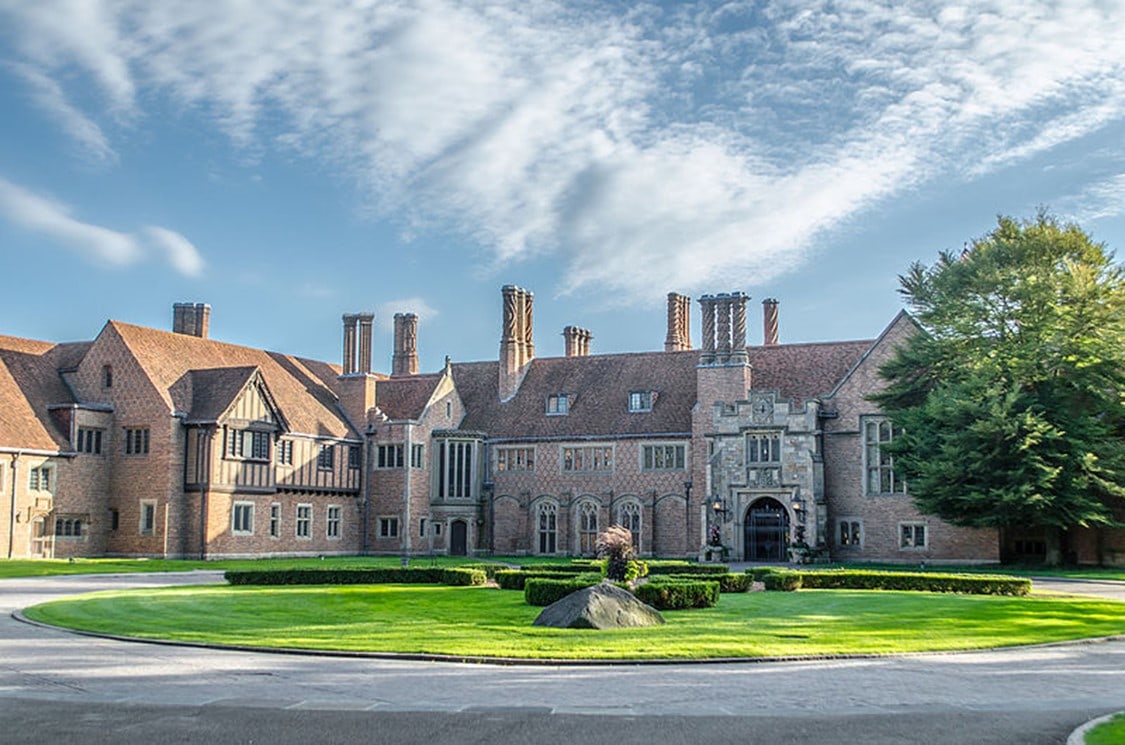 The excellent workmanship, magnificent architectural details, and vast grandeur of Meadow Brook Hall have earned it a particular reputation for fame.

The architecture exemplifies lasting excellence in both the design of its structures and the use of high-grade materials in their construction.

Brick, sandstone, wood timbers, and clay shingle tiles on the roof are some of the American elements that were used in the construction of the building’s façade, which has a variety of different textures and designs.

The home’s roofline is further distinguished by the presence of 39 brick chimneys, each of which has a distinctive pattern.

The excellent workmanship, magnificent architectural details, and vast grandeur of Meadow Brook Hall have earned it a particular reputation for fame. The architecture exemplifies lasting excellence in both the design of its structures and the use of high-grade materials in their construction. 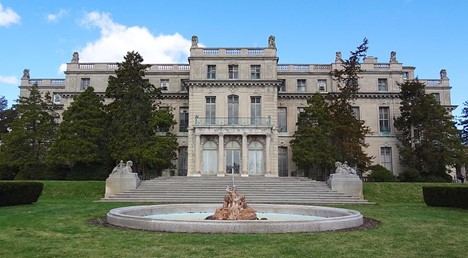 John A. McCall, the head of the New York Life Insurance Company at the time, was responsible for the first development of the Shadow Lawn estate in the early 20th century.

Its primary residence was a 52-room palace previously used by President Woodrow Wilson of the United States as the summer White House in 1915. Wilson used the residence as his headquarters to plan many facets of his reelection campaign.

Following the purchase of the property by Monmouth University, the name of the existing structure was changed from Shadow Lawn to Woodrow Wilson Hall. This was done in recognition of President Woodrow Wilson’s tenure in the building that came before it.

In the year 2020, the university cited Wilson’s racist views as the reason for the renaming of the building, which had previously been known as Shadow Lawn. 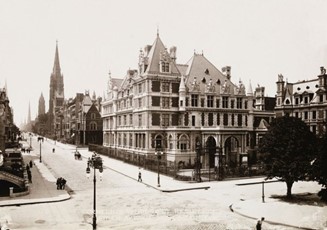 On the ground floor were a reception room, a dining room that served as an art museum, and a drawing room.

The house was and still is the most expansive privately owned home ever constructed in New York City.

Vanderbilts’ wife, Alice, resisted selling the estate for as long as she could, but in 1926 she was pressured into doing so. 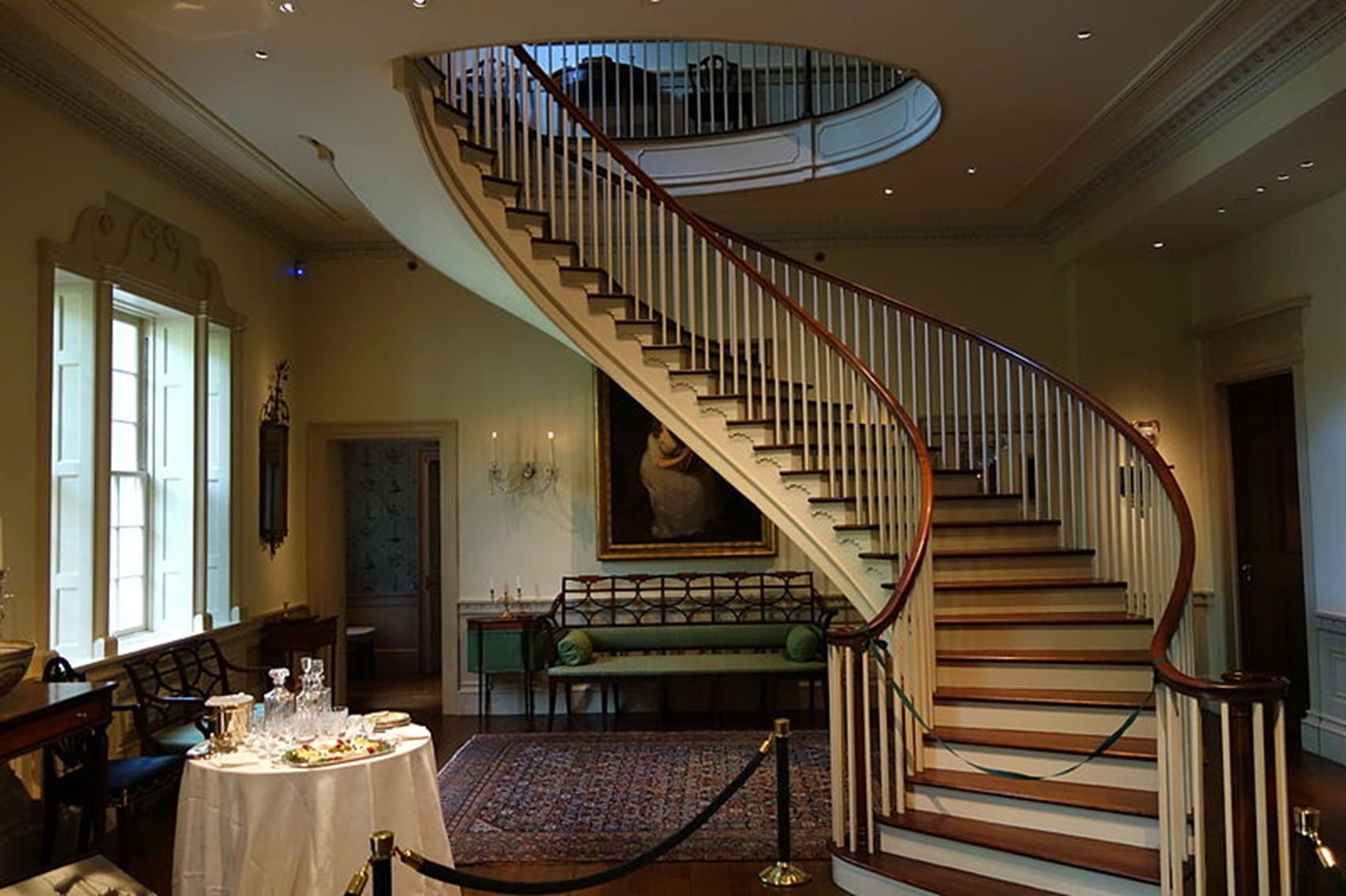 The American estate and museum known as the Winterthur Museum, Garden, and Library may be found in Winterthur, Delaware. Winterthur, which might be pronounced “winter-tour,” is home to one of the most extensive collections of Americana in the whole of the United States.

Henry Francis du Pont (1880–1969), the creator of Winterthur and a well-known antiquities collector and horticulture, called both the museum and the house he created home throughout his lifetime.

In the 1960s, a separate pavilion from the main house was constructed to accommodate the increasing number of visitors. The parking lot was close to the visitor center, which had a café, a museum shop, and both were open to the public.

In 1992, a new structure, which housed additional galleries, was built next to the original house and opened for business. In the galleries, some displays are both permanent and temporary. 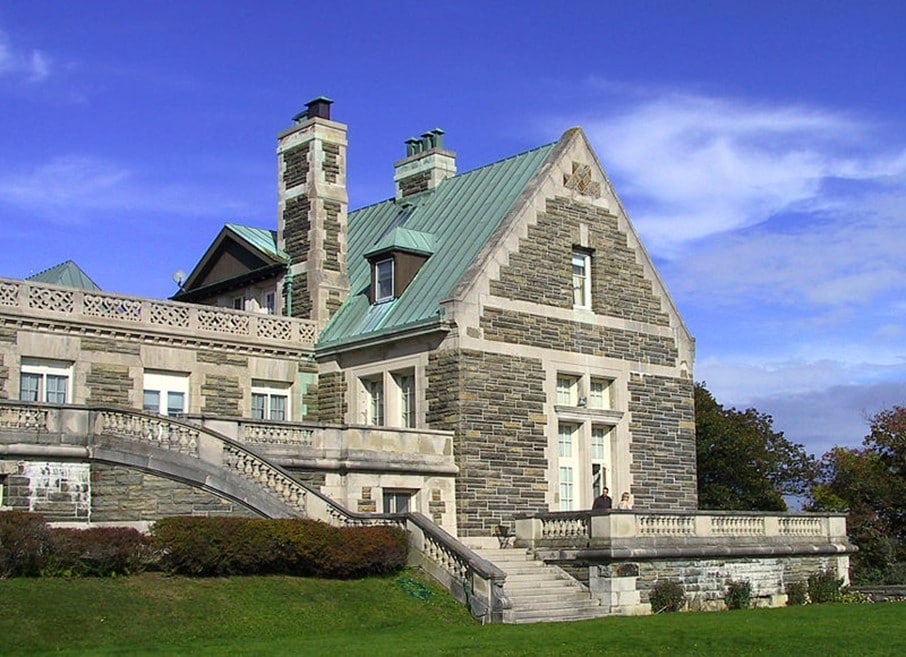 Edward Henry Harriman, an influential figure in the history of railroading in the United States, and his wife were the original owners of the Arden House, which is credited with being the first property to be used as a conference center in the United States.

Because of his marriage to Mary Williamson Averell Harriman, Edward was able to pursue a career in the railroad industry, which was a significant contributor to his overall success.

Their success led to the accumulation of riches that made it possible for them to acquire Arden’s land in the first place. The mansion has an impressive music room designed to seem like a grand hall from the Middle Ages.

There is a brick tunnel that circles the center courtyard, and it is adorned with paintings by Barry Faulkner. Harriman gave a variety of American painters commissions to work on the interior design of the mansion. 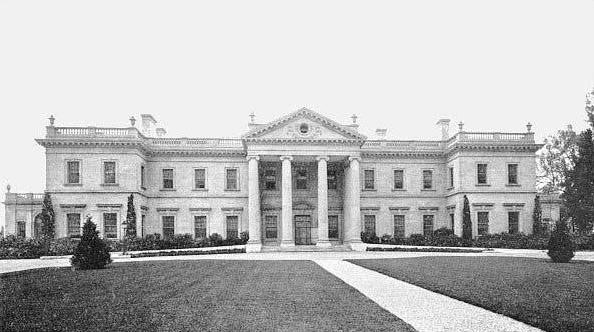 Edward T. Stotesbury, a banking executive, and his wife, Eva, were the owners of the expansive estate known as Whitemarsh Hall, which was situated on 300 acres of property near Wyndmoor, Pennsylvania, in the United States.

It was constructed in 1921 but was torn down in 1980 after being designed by Horace Trumbauer, a prominent architect of the Gilded Age.

There were five grand staircases and three elevators that linked the various levels of the building. The establishment’s generator powered everything, and it had its own telephone system, which its operators staffed.

According to Richard Saghian, the owner of the fast-fashion powerhouse Fashion Nova, he was the winning bidder who paid $141 million to acquire the mega-mansion known as “The One.”

Saghian, whose company has benefited from its association with celebrities and influencers, beat out four other bidders on Thursday to win the bidding for the 105,000-square-foot house on a hilltop in Bel-Air, which is the largest home in Los Angeles.

Nile Niami, a flamboyant developer, has created his magnum work with The One, a property already leased for shooting. A few years ago, he had planned to sell the residence for $500 million, but circumstances led him to put it up for bankruptcy. 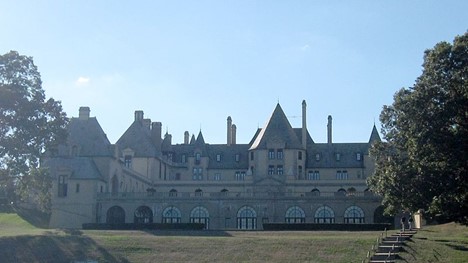 Otto Hermann Kahn, a wealthy businessman and philanthropist, was behind the construction of Oheka Castle.

He built his home on the highest point of his 443-acre property on Long Island, and the total cost of construction came to the equivalent of $158 million in today’s money.

Following Otto Kahn’s death in 1934, the estate was sold numerous times before becoming a getaway for New York City sanitation employees and a federal training facility for Merchant Marine radio operators. Otto Kahn had owned the property for many years.

In 1948, the Eastern Military Academy purchased OHEKA, after which they leveled the grounds, partitioned the rooms, and covered the walls in paint.

Gary Melius, the current property owner, has a strong appreciation for the historic importance of the structure and continues to operate it as a hotel. 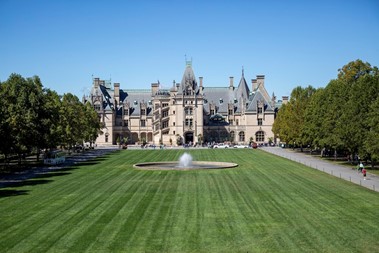 When it comes to the total area, the Biltmore House is the largest house in America. The house, which George Vanderbilt’s family still owns, is one of the most renowned examples of a home from the Gilded Age.

More than one million visitors went to the estate every year at the beginning of the 21st century. The estate had an inn, a hotel, and a small town with various restaurants and stores.

In addition, in the year 1971, Mr. and Mrs. Vanderbilt planted a vineyard on the land that they owned.

After Vanderbilt died in 1914, his family was given control of the estate. That same year, his widow sold around 87,000 acres to the United States Forest Service. In subsequent years, the estate was further downsized, and by the beginning of the 21st century, the size of the estate had been reduced to approximately 8,000 acres.