Turtles are reptiles, and they live in freshwater lakes, rivers, and ponds. They do not have limbs like snakes and lizards. They have a hard shell on their back to help protect them from predators and keep water in their bodies.

Turtles have a long and storied history of being used as icons and curiosities. They have made their way into popular culture, folklore, art, religion, and mythology. They’re seen as sacred in many cultures because of their wisdom and longevity.

The shelled reptiles are huge reptiles with varied shapes and sizes, depending on their species. They tend to move slowly when they move, but they can walk fast once they hit their place.

Turtle species worldwide have a reputation as gentle giants that, when pulled out of the water and up onto dry land, can barely be distinguished from turtles on land. Did you know that some species are actually way larger than others? Here are the largest turtle species in the world! 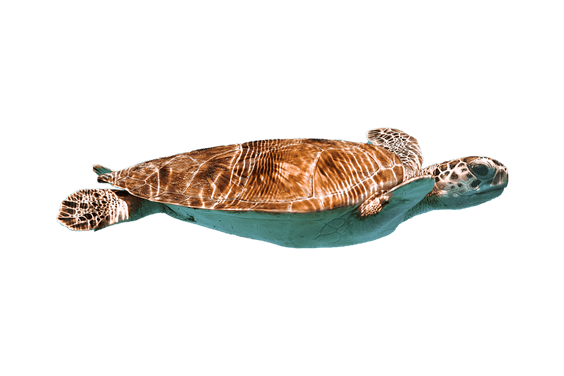 The slender and sharp beak of a hawksbill is where the turtle gets its name. The Hawksbill Sea Turtle also features a peculiar pattern of scales that overlap one another on their shells, giving them the appearance of being serrated along the edges.

The multicolored and patterned shells give them a high value, which is why they are usually referred to as “tortoiseshell” when they are sold in markets. Most of the world’s tropical waters, particularly those with coral reefs, are where you’ll find hawksbill turtles.

They get their food mostly from sponges, which they get out of cracks and crevices in the reef with the help of their pointed, thin beaks. They also consume sea anemones and jellyfish. 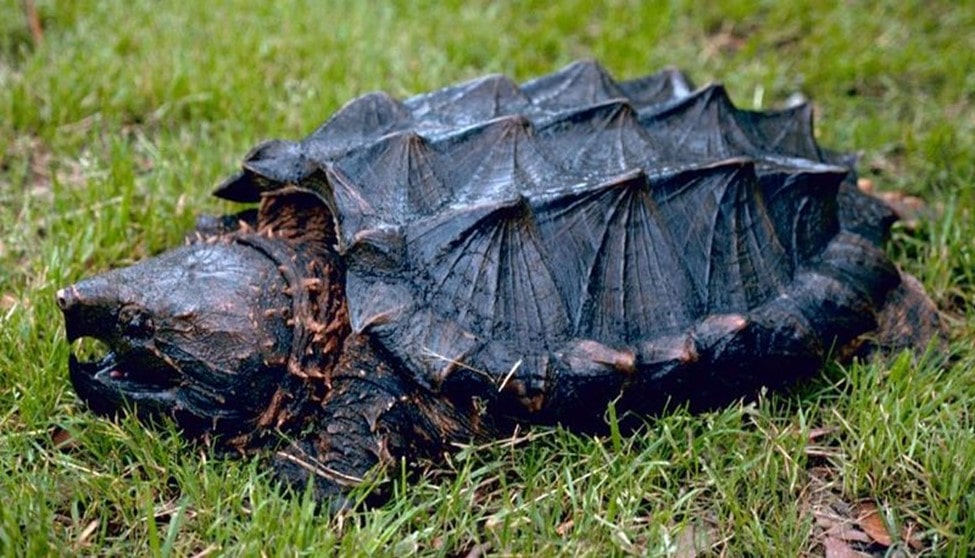 In its method of hunting, the alligator snapper makes use of a natural lure that is one of a kind. When presented by an immobile turtle on the bottom of a river, the brilliant red worm-shaped chunk of flesh on its tongue invites inquisitive fish or frogs near enough to be captured.

Alligator snappers may live anywhere from 50 to 100 years if given the right conditions, and they can be found nearly exclusively in the rivers, canals, and lakes of the southern United States. 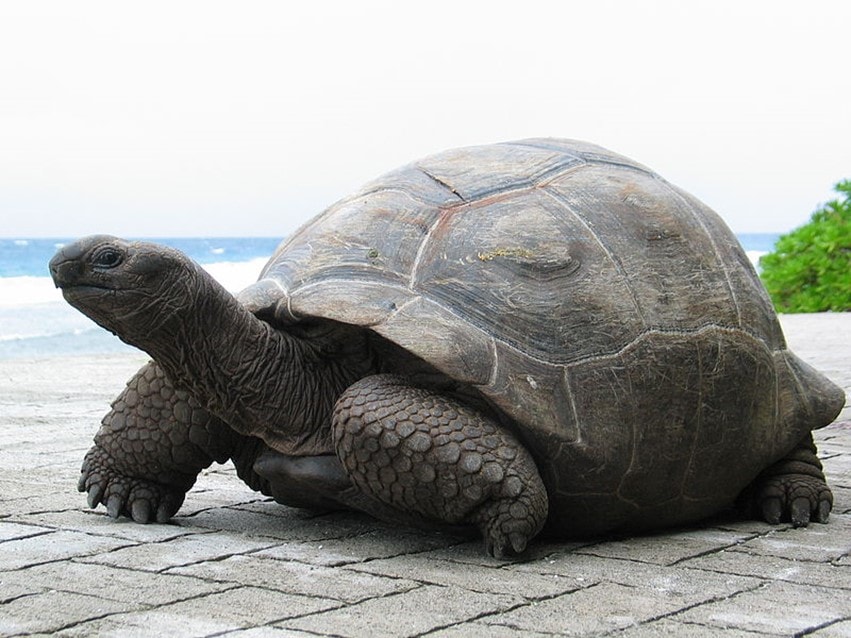 The Aldabra Giant Tortoise is a species of giant tortoise that can only be found in the Aldabra Islands, which are located in the middle of the Indian Ocean.

The grasslands and marshes of the islands that make up the Aldabra atoll, which is located in the Seychelles archipelago in the Indian Ocean, are the primary habitats of the Aldabra Giant Tortoise. These islands are part of the Seychelles.

They used to share these islands with various gigantic tortoise species, but throughout the 1700s and 1800s, many of these other species were driven to extinction due to human activity.

The Galapagos Tortoise is the fourth largest turtle in the world. The Galapagos tortoise is endemic to the islands of the Galapagos Archipelago, which are located off eastern Ecuador and the northwestern Pacific Ocean.

These massive tortoises are considered rare because they live on a tiny speck of land and are also threatened by human activity.

The tortoises have big scaly shells that are either gray or brown in hue. A hard protective structure that is an intrinsic part of the skeleton is formed when the plates of the shell are fused together with the ribs. On the shells of these creatures with a sluggish movement rate, lichens may develop.

In 1535, Fray Tomás de Berlanga, the Bishop of Panama, who is credited with discovering the Galapagos Islands, stated that there were “such large tortoises that each could hold a man on top of himself.”

The Galapagos tortoises are among the world’s best-known animals and were listed as a “keystone species” by Charles Darwin because they form an important part of their ecosystem by providing food for predatory animals such as blue-footed boobies and marine iguanas. 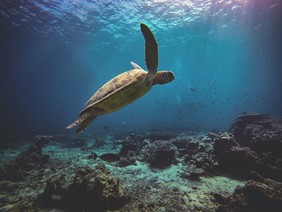 The Green Sea Turtle is one of the biggest sea turtles with a hard shell. They are unusual among sea turtles because they are herbivores, with seagrass and algae making up most of their diet. Their greenish-looking fat may be attributed to the food that they follow.

There are green turtle populations in every region of the earth. They establish their breeding grounds in more than 80 countries and may be found living in the coastal regions of more than 140 nations.

Maintain a primary residence near the coast, particularly around islands, and make your home in bays and on sheltered coasts, particularly in regions that include seagrass beds. They are only sometimes seen out in the open ocean.

In the past, green turtles have been hunted for their fat, flesh, and eggs, which has led to a reduction in their number across the world. The harvesting of sea turtle eggs and the killing of sea turtles is outlawed in several nations, including the United States. 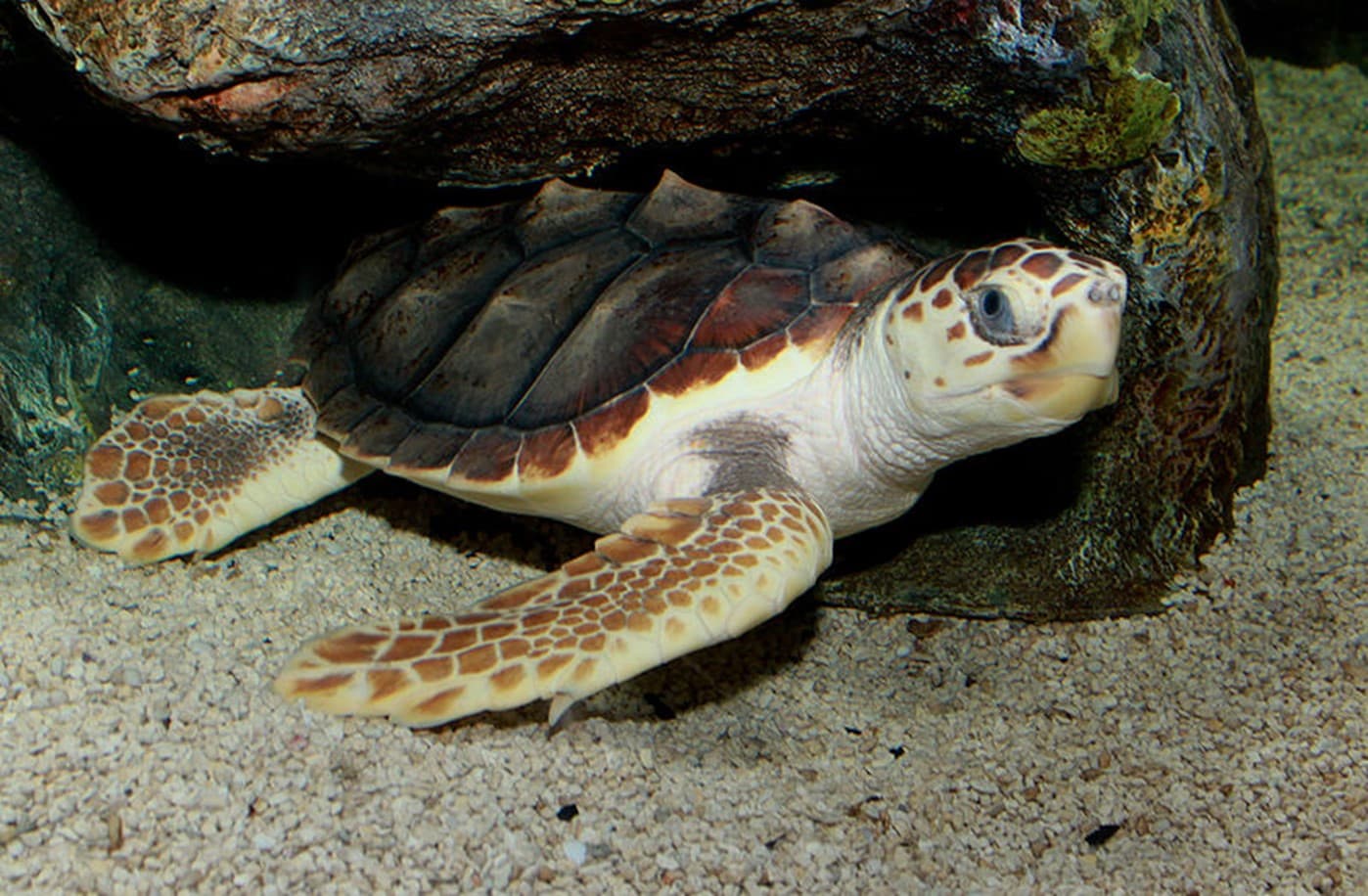 The enormous heads and strong jaw muscles that support loggerhead turtles’ namesake allow them to crush hard-shelled food such as clams and sea urchins, earning them the moniker “loggerhead.”

The most common species of turtle found in the Mediterranean, loggerheads may be seen breeding on beaches all the way from Greece and Turkey to Israel and Libya. A significant number of the beaches on which they nest are in danger of being developed for tourism.

In comparison to other types of sea turtles, the likelihood of humans hunting them for their flesh or shell is lower. 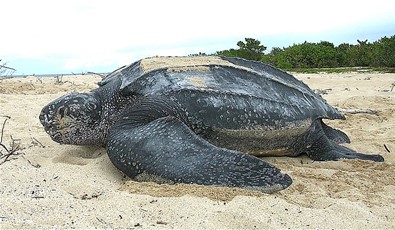 The leatherback sea turtle is the largest turtle species in the world, reaching lengths of up to seven feet and weighing more than two thousand pounds.

The evolutionary origins of this family of turtles may be traced back more than one hundred million years, making these reptile relics the sole living members of their family.

The number of leatherback turtles is fast decreasing in many places of the globe, even though they were formerly common in all oceans on the planet other than the Arctic and Antarctic.

Leatherback turtles, unlike their reptile cousins, can keep their body temperatures at a comfortable level even while swimming in frigid water. This is made possible by a special combination of adaptations that enables them to create and store heat in their bodies.

A big body size, modifications to swimming activity and blood flow, and the development of a thick coating of fat are all examples of these adaptations.

The leatherback turtle has the most extensive range of any other species of reptile. It is possible to come across them in the tropical and temperate seas of the Atlantic, Pacific, and Indian Oceans, in addition to the waters of the Mediterranean Sea.