Naval conflicts may use blockades, amphibious assaults, and air attacks. Complex and unpredictable, they demand talent and strategy to prevail. As a result, radar and satellite communication have become more important in naval combat.

From the Mediterranean Sea to the Pacific Ocean, they have included a variety of maritime forces, from ancient civilizations to contemporary nation-states. So keep reading to check out the 7 largest naval battles in history.

During World War I, the British Royal Navy and German Imperial Navy fought the Battle of Jutland. May 31–June 1, 1916, in the North Sea off Denmark’s Jutland Peninsula.

The British navy fought the Germans in ongoing battles in the North Sea. Both sides lost men in the violent, hours-long battle. However, British ships lost more as 14 ships sank, and 6,000 sailors died. German ships suffered, too. 11 ships sank, killing about 2,500 sailors.

Over 100,000 sailors and soldiers participated in the greatest naval combat in history.

The Battle of Jutland revolutionized World War I. It proved how successful the naval blockade was and how crucial a strong fleet was during wartime. It also highlighted those naval methods and technology required improvement, which led to new weapons and plans in the subsequent years of the conflict. 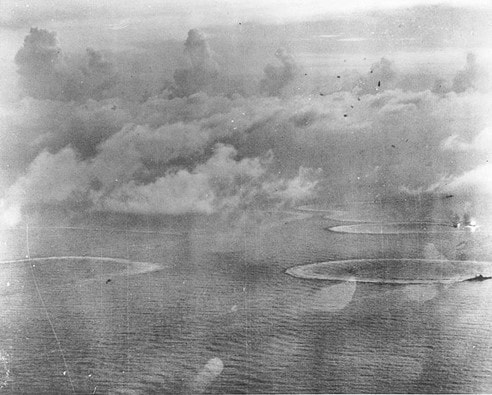 The “Great Marianas Turkey Shoot”—the Battle of the Philippine Sea—took place June 19–20, 1944. Nearly 127,000 Americans and Japanese battled in the western Pacific in the Mariana Islands.

The U.S. triumph ended Japanese naval aviation and turned the Pacific War. Since the Japanese islands were within the aircraft carrier’s range, it was the first time the U.S. used them to attack an adversary.

The U.S. lost two aircraft carriers and several ships throughout the war. However, the U.S. fleet was larger and more powerful, so they could quickly replenish their casualties.

The Battle of the Philippine Sea ended Japanese naval aviation and allowed the U.S. to commence its island-hopping operation against Japan. It proved maritime air power and aircraft carriers’ importance in modern battle.

The fight started when the United States launched a large air assault on the Japanese navy, trying to reinforce their garrison on Saipan. The Japanese navy, commanded by Admiral Jisaburo Ozawa, was taken by surprise and suffered significant casualties. 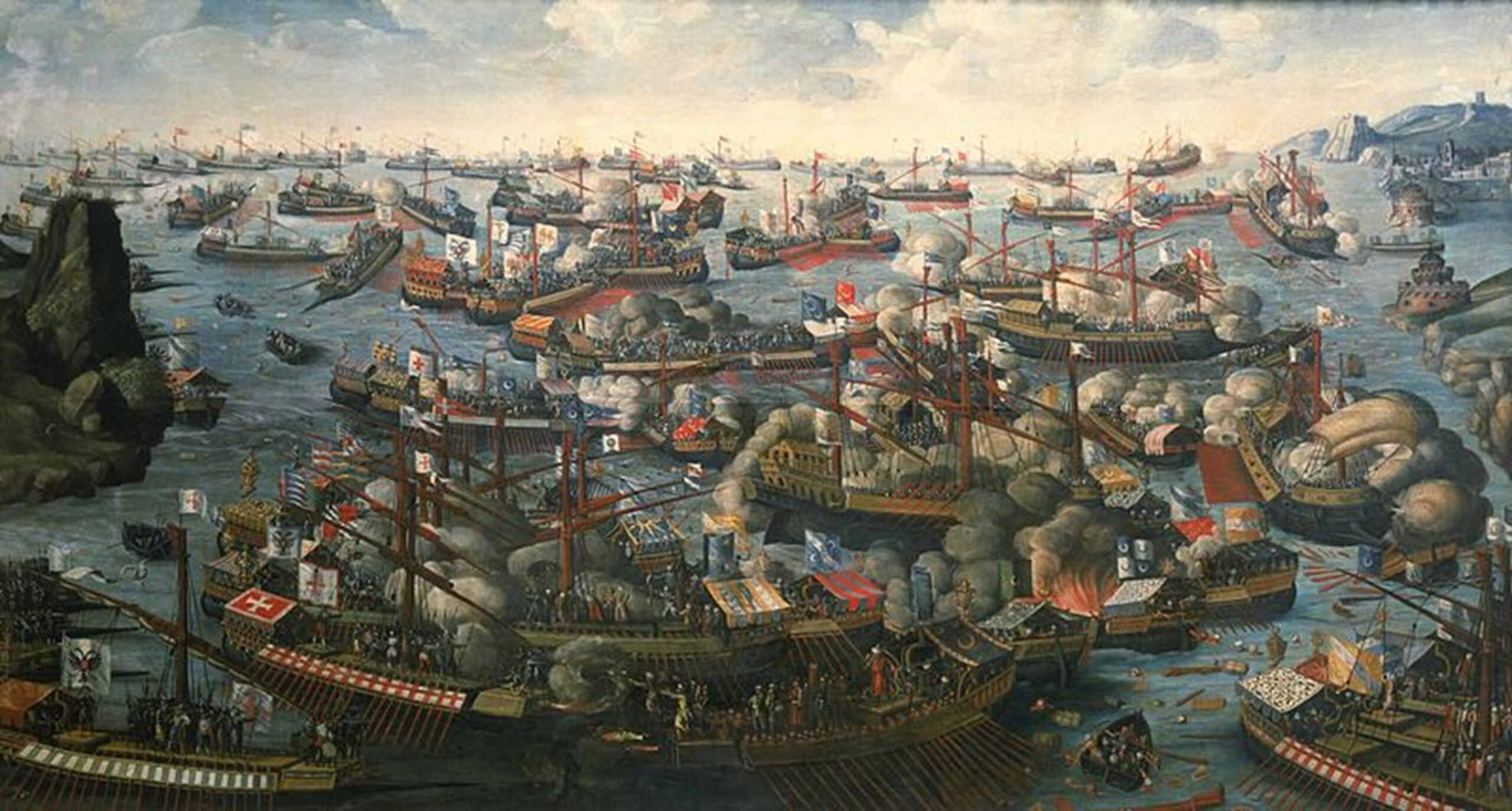 The Holy League, a coalition of European Catholic maritime powers organized by Pope Pius V, and the Ottoman Empire clashed in the Gulf of Patras on October 7, 1571.

The Battle of Lepanto was one of the most important naval conflicts in history since it was the first time in centuries that the Ottoman Navy was beaten entirely and the last time a single naval force ruled the Mediterranean.

The Holy League fleet faced great odds against the well-trained and experienced Ottoman sailors, who had dominated the Mediterranean before the fight.

The fleet formed a crescent as the Ottoman navy approached in line abreast. Cannon fire and hand-to-hand warfare on ship decks raged between the two fleets. Finally, the Holy League fleet overcame the Ottoman Navy and broke through its line.

The Christian troops welcomed the Battle of Lepanto as a turning point in the lengthy war between the Ottoman Empire and the European nations. It is still commemorated as a supernatural intervention and Christian triumph, especially in the Catholic Church.

Despite the Holy League’s triumph, the Ottoman Empire remained a powerful military force and threatened Europe for decades. 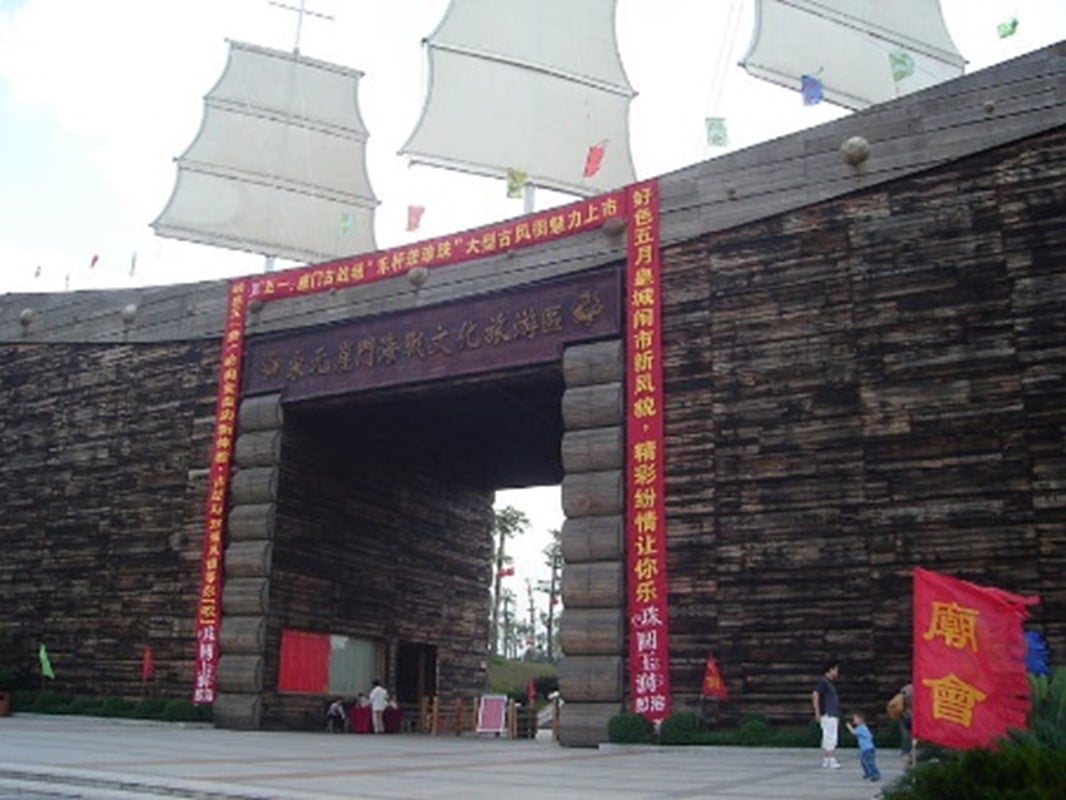 The decisive naval Battle of Yamen took place in 1279 and was fought between the Song and Mongol Yuan empires. After the fall of the Song dynasty, the Yuan dynasty came to power in China.

The Song dynasty, which had ruled China for over three-quarters of a millennium, was threatened by internal strife and pressure from the Mongols. In 1271, the Song was subjugated by the Yuan dynasty, founded by Kublai Khan.

The dynasty’s last conflict was fought at Yamen against a Yuan fleet consisting of more than one thousand ships. Zhang Shijie commanded the inferior Song navy.

The battle took place in the waters off the coast of Yamen in Guangdong. There were almost 200,000 soldiers on both sides.

The fall of the Song dynasty ended the imperial order that had been in place in China for the previous 2,000 years. In addition, the rule of the Mongols during the Yuan dynasty significantly impacted Chinese society and culture.

The significance of naval strength in human affairs was brought into sharp relief at a turning point in Chinese history known as the Battle of Yamen.

The Song navy battled valiantly, but the Yuan fleet was superior in numbers and weaponry. As a result, the Song navy was defeated in the fight, and Zhang Shijie met his death as a result. 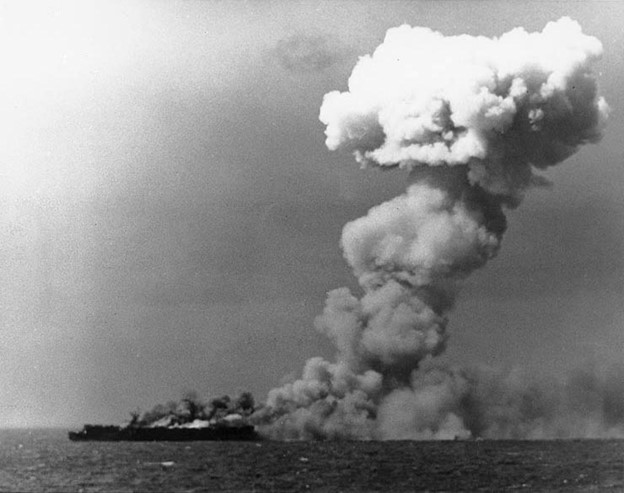 Over 200,000 troops and sailors fought in the Battle of Leyte Gulf, a pivotal episode in World War II. Then, in October 1944, the Allied troops invaded the Philippines to overthrow the Japanese.

The Japanese assembled a massive navy to prevent the Allies from taking the Philippines. The key battlegrounds were the Sibuyan Sea, Surigao Strait, and Samar Sea.

Several Japanese battleships and aircraft carriers faced a stronger Allied force of battleships, cruisers, and destroyers. Nevertheless, the Japanese battled bravely and damaged the Allied fleet despite being outnumbered and outgunned.

However, the Allies defeated the Japanese and took over the Philippines. This fight sparked the Allied triumph in the Pacific. It showed the Allies’ power and endurance.

One Japanese soldier never heard the war had ended. Imperial Japanese Army 2nd Lt. Hiroo Onoda resided in the highlands of Mindoro for 30 years. His previous commander traveled to the island from Japan to assure him the war was over. Onoda surrendered in 1974. 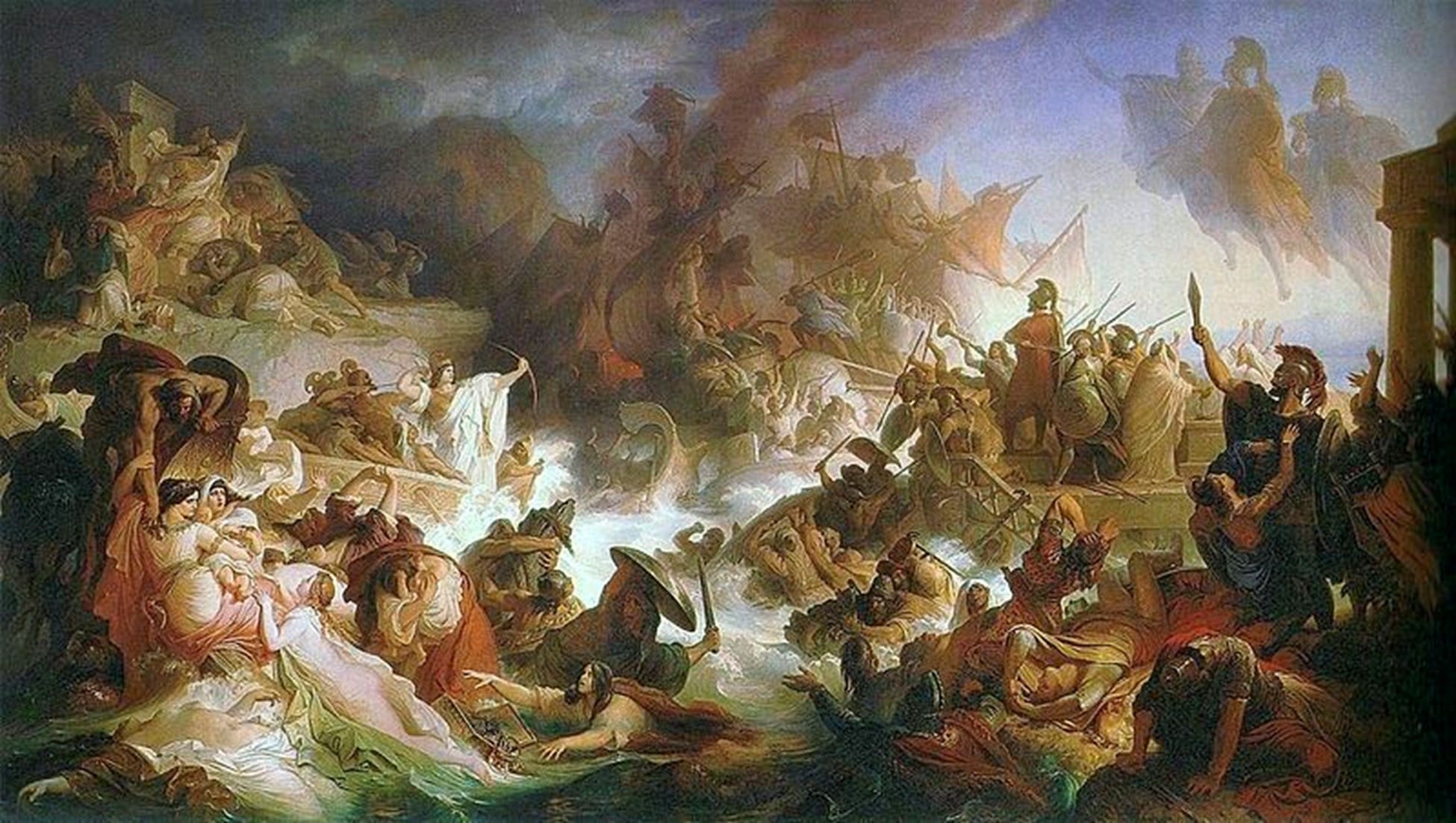 Greek city-states and the Persian Empire fought a naval Battle of Salamis in 480 BC. It was the first time a Western army beat a large Eastern power.

Xerxes I’s Persian Empire conquered the Greek city-states in 480 BC after decades of expansion. After losing at Thermopylae, the Greeks recognized they had to halt the Persians from approaching.

The Greeks fought the Persians at Salamis, near Athens, using their naval dominance. The Persian navy had 1,207 ships, whereas Themistocles’ Greek fleet had 371 triremes.

The Greeks won when the Persians retreated after terrible casualties. The Battle of Salamis stopped the Persians from capturing the Greek city-states and made the Greeks a prominent Mediterranean naval force.

The conflict also established Western civilization and culture as different from the East. It established the Greeks as the region’s preeminent naval force for decades.

One of the biggest naval conflicts, the Battle of Salamis, featured about 250,000 troops and sailors. It was a significant Greek triumph against the Persians and an essential point in Western civilization.

Despite being outnumbered, the Greeks used the narrow straits to imprison the Persians and prevent them from employing their more significant numbers. In addition, Greek tactics and training sank numerous Persian ships and caused disorder in their ranks. 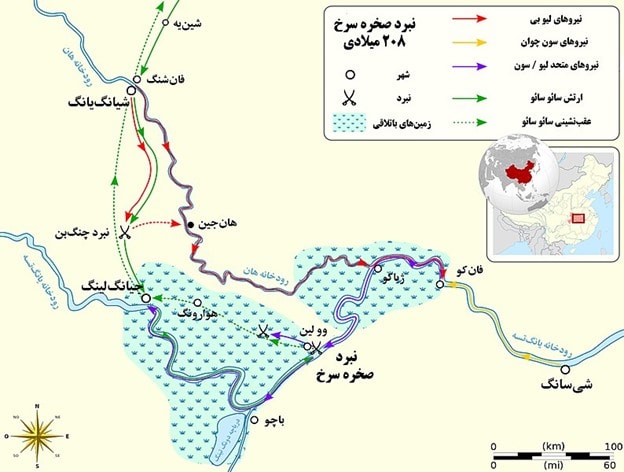 The Battle of the Red Cliffs is the largest naval battle in history. It was a major naval battle in late Eastern Han China in the winter of 208-209 AD. It pitted southern warlords Liu Bei and Sun Quan against the northern warlord Cao Cao and his 850,000-strong army.

The Red Cliffs near the Yangtze-Han confluence hosted the combat. The southern warlords were outnumbered and outgunned by Cao Cao’s armies, employing cunning tactics and natural terrain to their advantage. For example, they burned a fleet of ships to obscure Cao Cao’s eyesight and enable the southern troops to overcome the northern army.

The southern warlords established their kingdoms and reunified China under the Jin dynasty after the Red Cliffs battle. The conflict has inspired many literary and artistic works in Chinese history.

A park and museum commemorating the fight draw tourists to China’s Red Cliffs. Visitors may learn about the battle and army tactics. In addition, it honors the Battle of the Red Cliffs and Chinese history.

Despite their numerical disadvantage, strategy and tactics helped the southern warlords win the Battle of the Red Cliffs. It also emphasizes conflict’s unpredictability and luck’s influence on combat outcomes.