Florida is a Southern state of the United States, known as the Sunshine State. It is named after the Spanish legend of Flora and her husband, Florida who are considered as the first native Americans to have settled in Florida.

The territory may have been visited by Spanish explorers on their voyages through the Caribbean Sea in the early 16th century. However, it was at the end of the 18th century that modern-day Florida gained international recognition when high-profile explorers found their way there.

Florida is the most popular tourist destination in the United States and the third most visited state. It has a high population density and is considered an ecological oasis due to its unique climate that allows both tropical rainforests and coral reefs to thrive.

The U.S. state of Florida is unique for a variety of reasons, from its diverse population to its famed theme parks and beaches. Below is a list of the ten largest cities in Florida, based on 2022 population estimates. 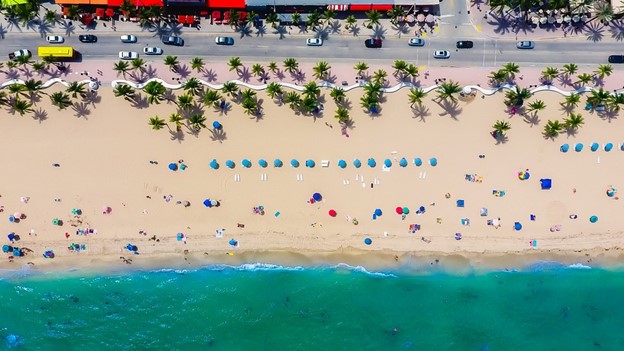 The Tequesta Indians have lived in the area that is now Fort Lauderdale for hundreds of years. European explorers did not arrive until the 1500’s. Unfortunately, the Europeans introduced illnesses that wiped off many of the indigenous peoples.

Snow fell in Fort Lauderdale for the only time in recorded history on January 19, 1977. The unusual phenome startled and delighted both residents and tourists.

Tallahassee is a city in Leon and Wakulla counties in Florida. It also serves as the county seat of Leon County. With a population of 199,127 in 2022, it is Florida’s ninth biggest city.

The city was established in 1824 on the location of former Native American and Spanish colonies, with the intention of serving as the Territory of Florida’s administrative capital.

Tallahassee was a tiny town until World War II, with the majority of its residents residing within one mile of the capitol.

The Police Department of Tallahassee was created in 1841, making it the third oldest in the United States. 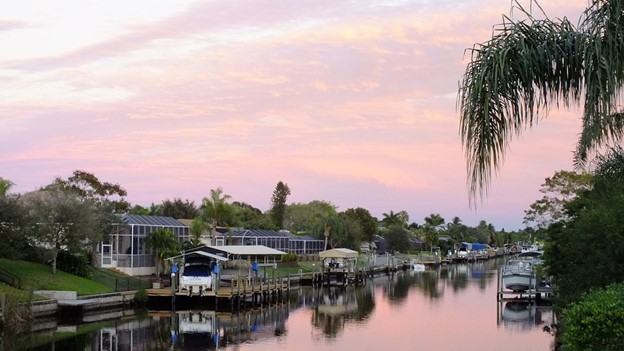 Cape Coral is a town in Lee County, Florida. With an estimated population of 201,958 in 2022, it is Florida’s eighth biggest city. Cape Coral’s economy is built on health care, retail, and real estate/construction.

The history of Cape Coral began in 1957, when two brothers from Maryland, Leonard and Jack Rosen, flew over the Redfish Point peninsula, across the Caloosahatchee River located in current Fort Myers.

Cape Coral is also the state’s third biggest city in terms of land area, with 105 square miles. Numerous of riverfront investment apartments near waterways are available in the city, many of which have direct saltwater access to the Gulf of Mexico. 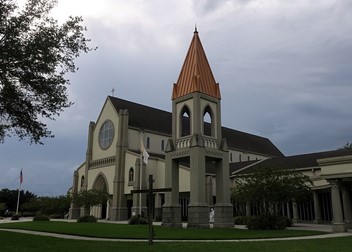 Prior to the 1950s, Port St. Lucie was primarily undeveloped and deserted, with just a few enterprises and farms. The River Park complex and acreage along the St. Lucie River were purchased by the General Development Corporation, previously Florida’s largest land development corporation, in 1958.

Port St. Lucie is a multi-ethnic and diversified community with a population of more than 18% foreign-born residents. Around a quarter of all families speak a language other than English at home.

St. Lucie County offers 21 miles of beautiful, natural beaches, about half of which are nature preserves—a unique feature in comparison to the rest of Florida’s coastline. 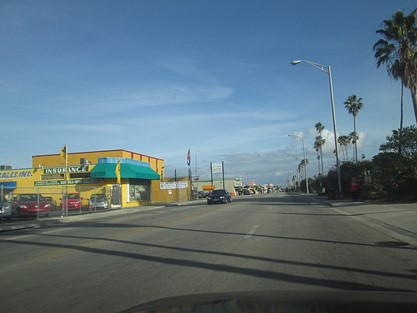 Hialeah, Florida is a city in Miami-Dade County. It is Florida’s sixth biggest city, with a 2022 population of 222,797. Hialeah is America’s densest city without a skyscraper in terms of population.

Hialeah’s name is derived from the Muskogee language and means “beautiful prairie,” formed by combining “Haiyakpo” (prairie) and “hili” (pretty).

Glenn Curtiss, a pioneer pilot, and cattleman James H. Bright discovered Hialeah in 1921 and began building the town together. On September 10, 1925, the town was incorporated.

Hispanics make up 95% of the population in this city, presenting a great presence in the area. Telemundo, the United States’ second largest Spanish-language television network, is located here.

Amelia Earhart took off from here on her ill-fated trip around the world in 1937. 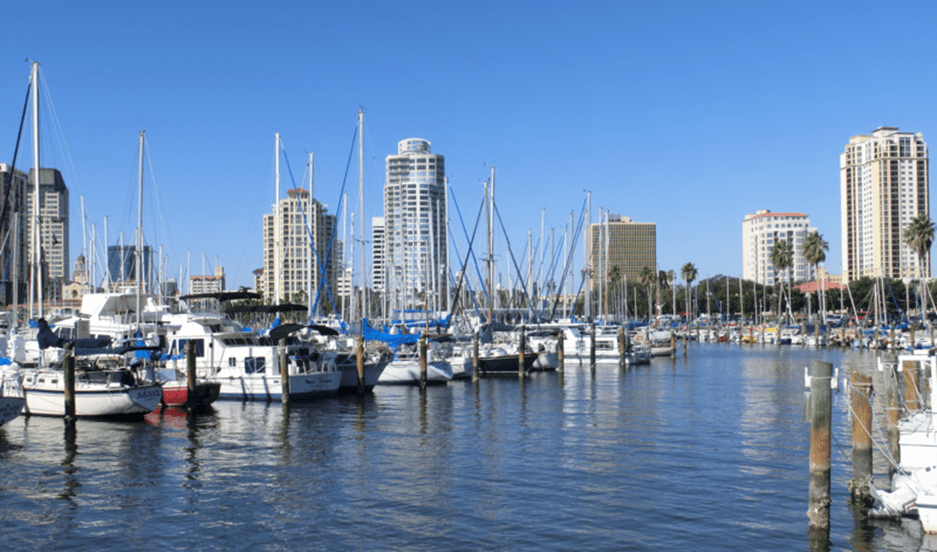 The city’s population quickly increased, bringing further improvements to the region. Soon after, the city of St. Petersburg constructed its first trolley service, and by 1915, the city had created its library. This library is still in operation today.

Since Tony Jannus flew his commercial aircraft over Tampa Bay in 1914, Saint Petersburg is regarded as the birthplace of commercial flying. 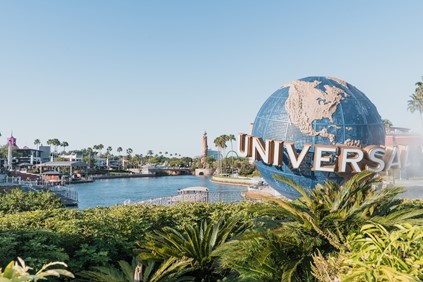 Orlando is a city in Florida’s Brevard and Orange counties. It also serves as the county seat of Orange County. It is Florida’s fourth biggest city, with a 2022 population of 321,427.

When Walt Disney revealed plans to build Walt Disney World in 1965, it placed Orlando on the map. To minimize the risk of storms, he picked Orlando over Tampa or Miami, and the world-famous resort opened in 1971.

It provided a boost to Orlando’s economic development and population and making it one of the most visited cities in the country. Tourism is still a major contributor to the region’s economy.

The Walt Disney World Resort in Orlando could contain two Manhattans or the whole city of San Francisco. 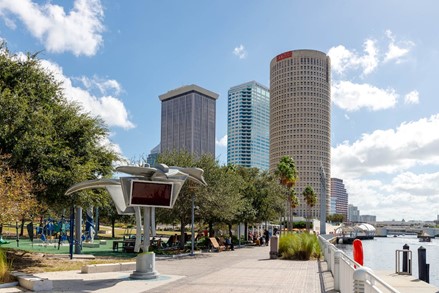 Tampa, Florida is a city in Hillsborough County. It is also Hillsborough’s County seat. With a 2022 population of 394,809, it is Florida’s third biggest city. The Tampa region was first occupied by indigenous people of the Safety Harbor civilization, such as the Tocobaga and Pohoy.

While the Spanish briefly investigated the region at the beginning of the 16th century, they swiftly abandoned it when it became evident that the main resources were fish and shellfish. The locals resisted any attempt by the Spanish to convert them to Catholicism or establish a colony.

In the Calusan language, the word “Tampa” literally means “sticks of fire.” The Calusa were an American Indian tribe. They dwelt to the south of what is now known as Tampa Bay. 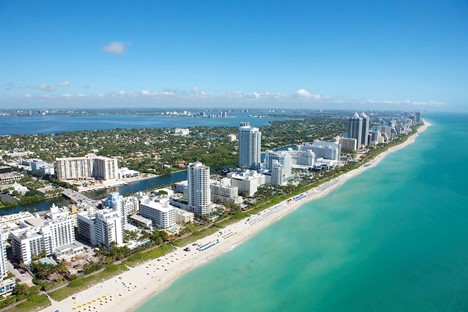 The Miami area was inhabited for thousands of years by indigenous peoples, most notably the Tequestas, who lived here for 1,000 years before Europeans came.

An adventurer called Pedro Menendez de Aviles claimed the territory for Spain in 1566, and a mission was established the following year. The United Kingdom and Spain then exchanged possession of Florida for years until Spain gave it to the United States in 1821.

Miami is the only major city in the United States established by a woman, a citrus planter called Julia Tuttle. 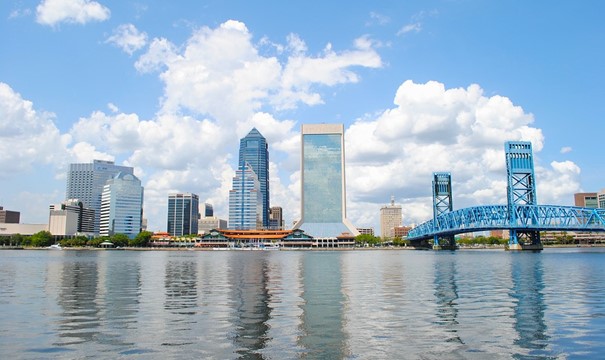 Jacksonville is the largest city in Florida. The city also serves as the county seat of Duval County. It is Florida’s biggest city, with a 2022 population of 975,177.

The region was first explored by Europeans in 1562, when a French adventurer charted the St. Johns River after two years. In 1763, Spain lost Florida to the British, and the King’s Road was built to connect neighboring St. Augustine to Georgia.

After Britain was defeated in the Revolutionary War, control of the area was returned to Spain in 1783, and Florida was ultimately given to the United States in 1821. The town was afterwards built and was called Jacksonville.

During the 1910’s, Jacksonville was the country’s cinema hub and was regarded as an alternate “Hollywood.”