Italy is a country located in the heart of Europe. The country has a population of 57 million people, which makes it one of the most populated countries on earth. While there’s a lot to see and do in Italy, many visitors stay focused on the larger cities surrounding the country.

Italy is a country filled with culture and history. Italy has everything from world-renowned monuments to luxury ski resorts, from stunning lakes to breathtaking mountain ranges. It also houses magnificent works of art and architecture from ancient times to the modern day.

When it comes to both architecture and culture, Italy is an extremely excellent destination. It is a unitary parliamentary republic in Europe often known as “lo Stivale,” which translates to “the boot.” The area is highly captivating because of the magnificent structures and gardens that are located there.

There are so many places to visit that offer something completely different from others. From bustling downtowns to tranquil country roads, Italy offers something for everyone.

With lots of people living in the country, here are the ten largest cities in Italy by population. 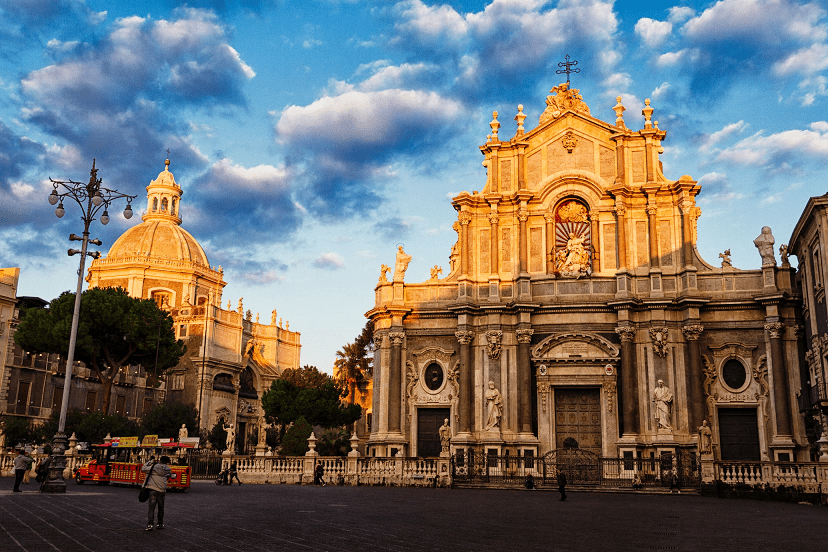 Despite its reputation as the island’s second city, Catania is the largest conurbation on the island. It is situated on the eastern coast of the island of Sicily, at the foot of the active volcano known as Mount Etna, and it looks out over the Ionian Sea.

Chalcidian Greeks are credited for establishing the city of Catania in the eighth century BC. The city has withstood several natural disasters; for example, in 1169, it was nearly entirely wiped out by a devastating earthquake.

In 1669, the city was virtually submerged in lava after a large eruption and flow of lava from the adjacent Mount Etna. In 1693, the city was severely damaged by an earthquake that struck Sicily.

Catania was one of Italy’s most prominent cultural, artistic, and political centers throughout the 14th century and into the Renaissance era. 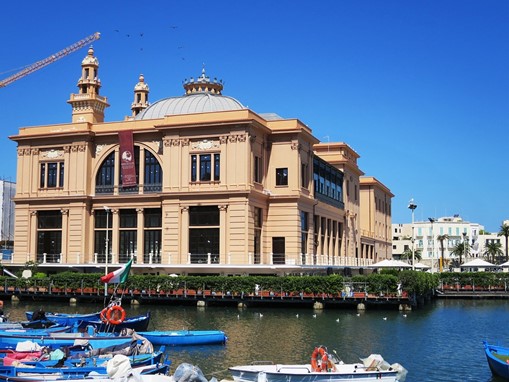 On the Adriatic Sea in southern Italy, the city of Bari serves as the administrative center of the Metropolitan City of Bari and the Apulia region. After Naples, mainland Southern Italy holds the second most significant economic hub position.

In the 1960s and 1970s, new residential areas were constructed all around the central area of Bari, replacing the older suburbs that had formed along roads that splayed outwards from gates in the city walls.

The city is home to a recently renovated airport known as Karol Wojtyla Airport, which provides connections to many European destinations. 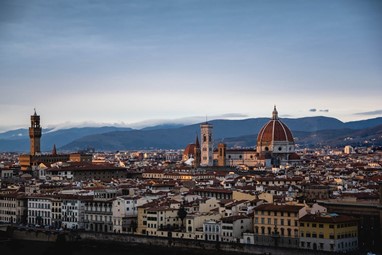 The city of Florence serves as the regional capital of Tuscany in Italy. The Roman Empire established Florence as a settlement there in the 1st century. It is encircled by several hills as well as four rivers.

It was in the 14th century that Florence achieved its supremacy in business and industry and developed a new method of art, which was subsequently referred to as the commencement of the Renaissance Era. Florence was located in what is now known as Italy.

Today, Florence is well-known all over the world for its stunning natural scenery as well as its astounding artworks, architecture, cathedrals, and museums.

Michelangelo, Leonardo da Vinci, Brunelleschi, and Galileo are just a few world-famous painters whose works are on display in Florence, which is why the city is visited by millions of visitors every year. 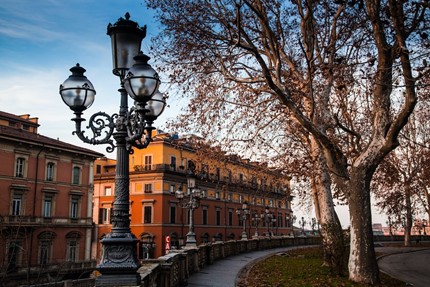 Emilia-Romagna is located in Northern Italy, and Bologna is the region’s capital and major city. About 400,000 people call this city home, and its residents represent more than 150 different nationalities, making it the ninth most populated city in Italy.

Bologna is a significant agricultural, industrial, financial, and transportation center. It is also home to one of the greatest permanent trade fairs in Europe. In addition, Bologna is home to the headquarters of numerous prominent mechanical, electrical, and food enterprises. 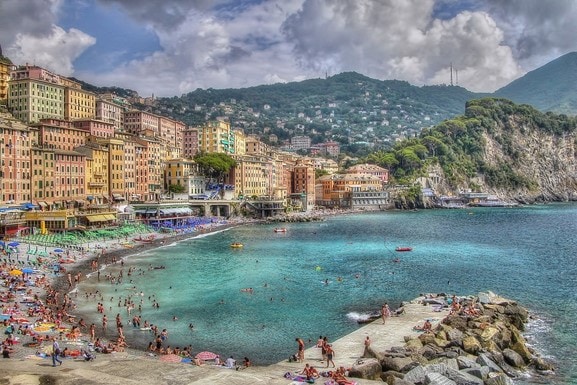 Genoa is the sixth-largest city in Italy and serves as the regional capital of the Italian region known as Liguria. From the 11th century until 1797, Genoa served as the capital of one of the most powerful maritime republics in history.

This lasted for nearly multiple centuries. In particular, from the 12th to the 15th centuries, the city played a major role in commercial commerce across Europe. It became one of the biggest maritime forces of the continent and was regarded as one of the richest towns in the world.

The historical core of Genoa, also known as the old town, is one of the biggest and most densely inhabited in all of Europe. Genoa is located in northern Italy. In addition, a portion of it was included on the UNESCO World Heritage List in 2006. 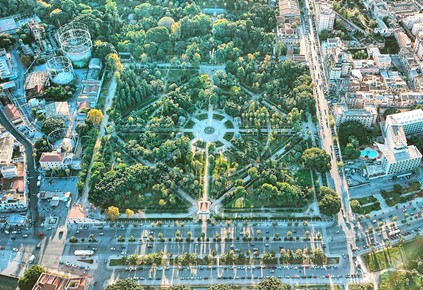 The city is nearly 2,700 years old and is renowned for its history, culture, architecture, and cuisine. It has been a significant player in the nation’s history for most of its existence.

The capital of Sicily in terms of culture, economy, and tourism is Palermo. It is a city abundant in various things like history, culture, art, music, and gastronomy.

Many people visit the city because of its pleasant Mediterranean environment, world-famous cuisine, vibrant nightlife, and music. 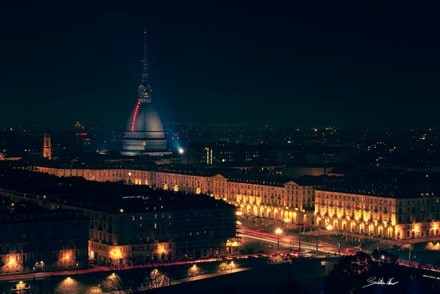 The city of Turin is located in Northern Italy, and it is a significant economic and cultural hub. Both the region of Piedmont and the Metropolitan City of Turin have their respective capitals located here.

The architectural styles of Baroque, Rococo, Neo-Classical, and Art Nouveau may be seen throughout Turin. Between the 16th and 18th centuries, many of Turin’s public squares, castles, gardens, and beautiful palazzi, such as the Palazzo Madama, were constructed. 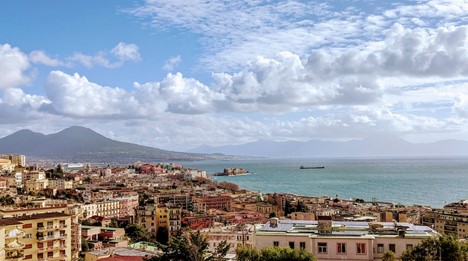 In addition to being Italy’s third-largest city, Naples is also the capital of the Campania region. Naples is one of the oldest urban areas in the world that has been continuously inhabited since the Greeks first settled it in the first millennium BC.

On the hill of Pizzofalcone, in the eighth century B.C., a colony that came to be known as Parthenope was founded. Pizza, considered the epitome of Neapolitan cuisine, was first created in the city of Naples, along with a great number of other regional specialties.

Naples has the most restaurants awarded stars by the Michelin Guide out of any other province in Italy. 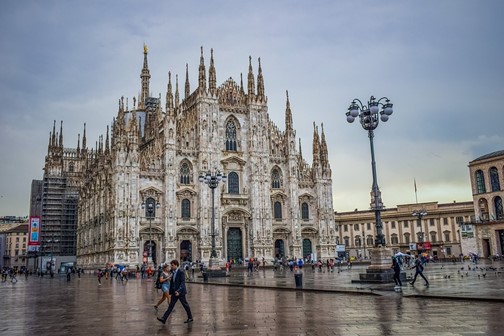 Milan is the capital of the Italian region of Lombardy and the second-most populated city proper in all of Italy. It is located in northern Italy.

Milan was one of the largest cities in Europe and a major trade and commercial center from the 12th century until the 16th century. As a result, it became the capital of the Duchy of Milan, one of the greatest political, artistic, and fashion forces during the Renaissance.

The city’s role as a major political center dates back to late antiquity when it served as the capital of the Western Roman Empire. From the 12th century until the 16th century, Milan was one of the largest cities in

Milan is recognized as a major alpha global city because of its prominence in a variety of industries, including the arts, chemicals, commerce, design, education, and creative industries. 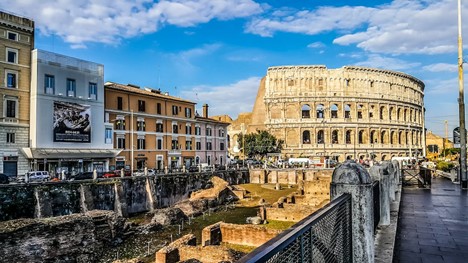 The capital and largest city in Italy is Rome. The city of Rome is both gorgeous and barbarous in equal measure. It displays Western civilization, with astoundingly old vistas and contemporary vitality.

The city of Rome is a beautiful example of a densely forested metropolitan area. This city is the political capital of Italy, the capital of Catholicism, and the hub of its old empire, and it is strewn with the evocative ruins of its past. It is a magnificent mess.

By the beginning of the fourth century, the Romans had constructed a road system that extended over 53,000 kilometers. The proverb “All roads lead to Rome” originated from the length of a Roman mile.