The US is the third-largest country in the world in terms of population. As of 2022, it’s currently at 338,289,857. That’s a huge number to digest, but luckily, the US isn’t just divided into states. It’s also divided into counties which makes checking out the population a lot easier.

As of now, there are a total of 3,143 counties within the 50 states. Not all counties are equal, though, as some are more densely populated than others.

If you want to check out the most populous states in the US, then these 8 counties are sure to rack up the numbers that you’re looking for. 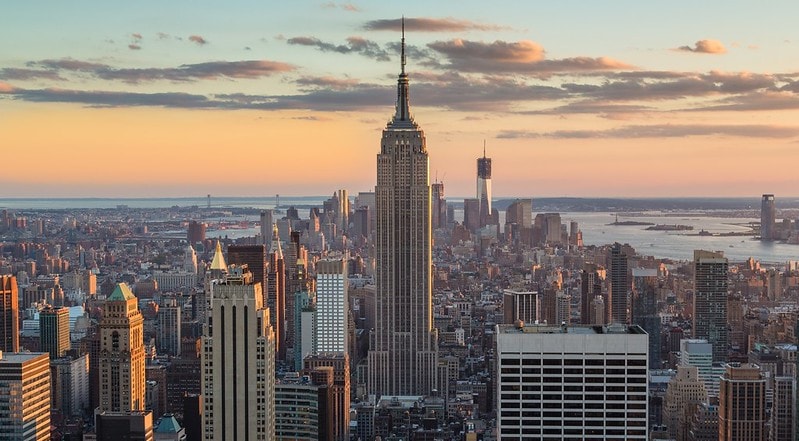 Kings County is often mixed with the other Kings County in California. This is why the name of this county is often co-terminus with Brooklyn. It is the most populous county in the state of New York. This only means that Kings County might just be the busiest city in the US right now. What’s also worth noting is that this is the second-most densely populated county as well.

It’s no longer a secret that real estate prices in New York are insane. Still, this isn’t stopping more and more people from getting into Kings County. It’s teeming with job opportunities in various industries as well.

It’s also home to New York City, which is always a good place to visit if you’re into historical places.

Kings County was founded in 1683. It got its name in honor of King Charles II of England. 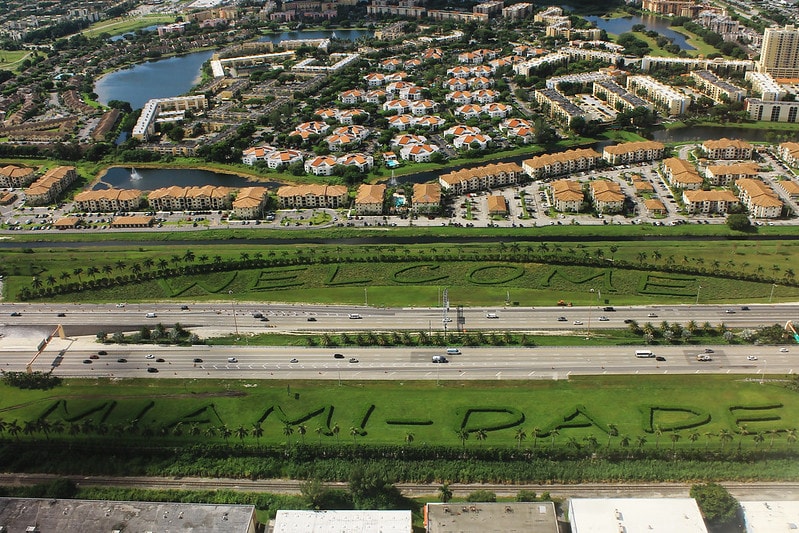 Miami-Dade might not be the most populous county in the US. However, it was the most populous majority-Hispanic county back in 2020. The majority of the county is highly urbanized, and there are many high-rise buildings, especially along the coastline. Properties that overlook the famous beaches of Miami are expensive, but they are well worth it.

Overall, Miami-Dade is easy to live in. Public transportation is more than reliable, there are lots of things to do, and the opportunity for jobs are plenty.

The cost of living in Miami is a bit more expensive as compared to other counties on this list. What you get in return is a bustling town filled with lively and friendly people.

The name Miami is derived from the Mayaimi Tribe, which once lived in the area. 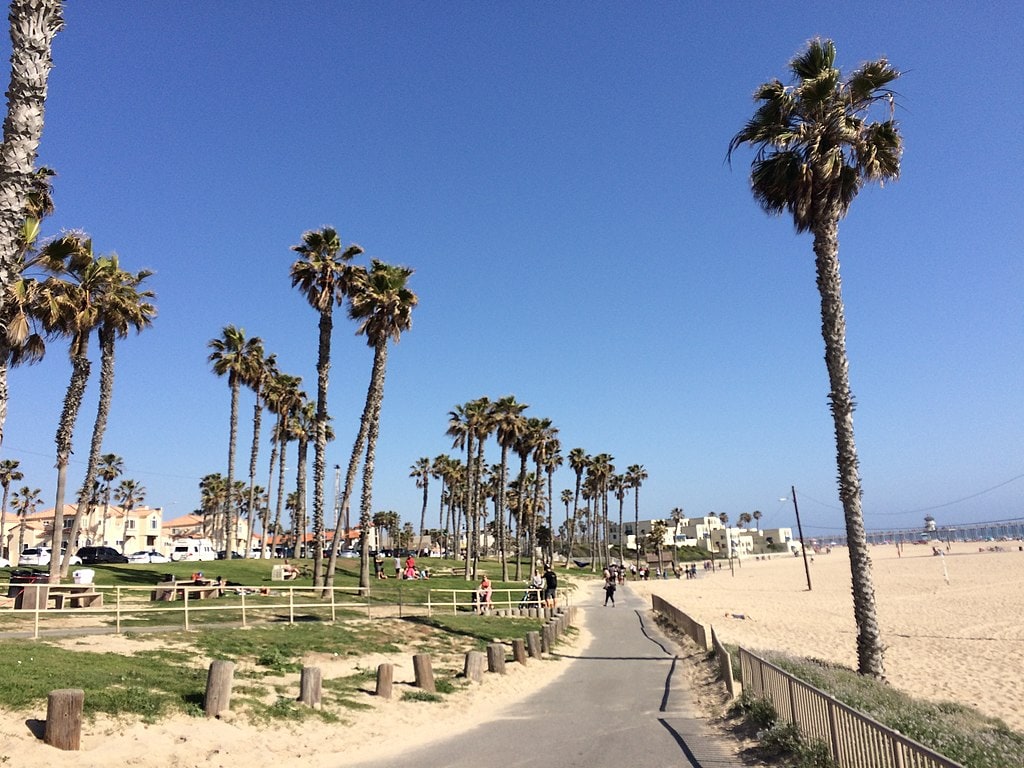 Orange County isn’t the only California county on this list. It just goes to show how well-populated this state is. Thanks to its bustling economy and amazing beaches, Orange County is undoubtedly a good spot to move into, which explains the population boom. The place of the county in pop culture might also attribute to its population boom.

The county is essentially California’s tourist center. Some of its most popular attractions include Disneyland,  Knott’s Berry Farm, Angel Stadium, and more. Orange County also has some amazing beaches, which are perfect for its annual climate.

As far as the economy goes, Orange County is ripe with opportunities as well as many Fortune 500 companies have made the OC their home.

Orange County is known for its beaches, but exactly how many are there? Well, it only has a 40-mile coastline, so there should be more than enough beaches to fit your needs. 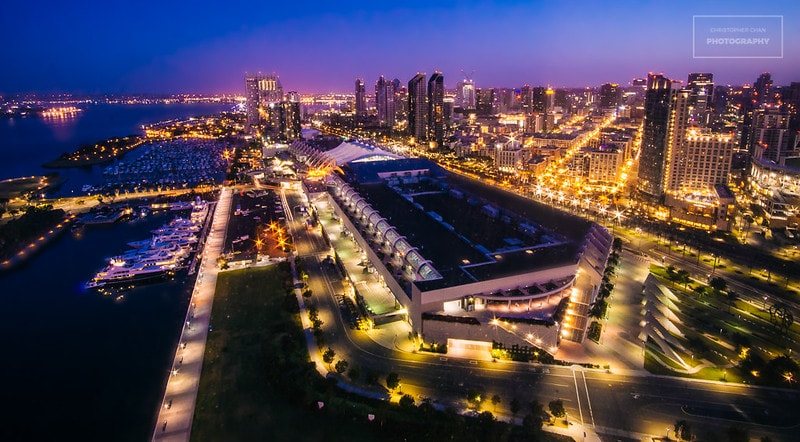 The San Diego professional industry is ripe with opportunities in tech and finance, but there are many other booming industries as well.

What makes San Diego County extra popular are its pristine beaches which are located in the western part of the region. It’s a must-visit for tourists, but even the locals can’t get enough of them.

San Diego is often dubbed as one of the friendliest cities out there, and it’s likely because of their acceptance and treatment of minorities like those in the LGBTQ community.

As it’s mostly a coastal county, one of the top employers in San Diego is the US Navy. 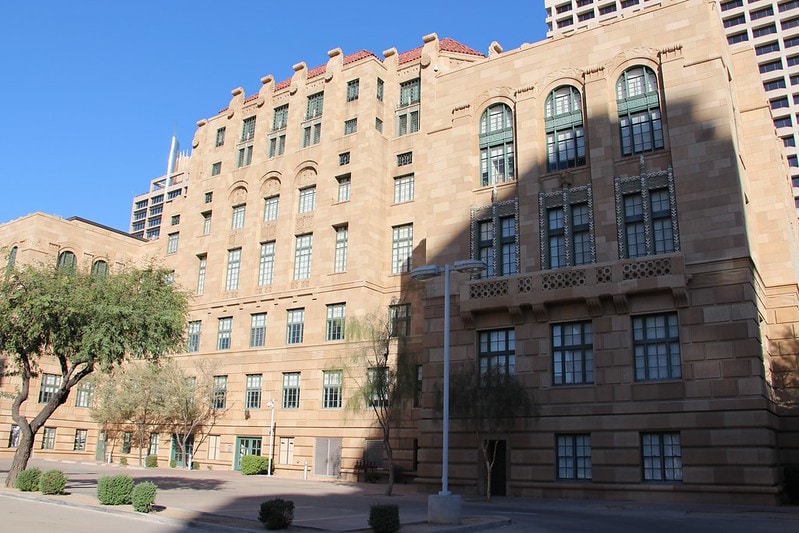 It might not be the most populous county on this list, but Maricopa County is the one with the largest area size. Aside from being huge, Maricopa County contains over 60% of the entire population in Arizona, which means it’s also densely populated.

Due to how the population is situated, Arizona has become one of the most centralized states in the US.

Maricopa County features great costs of living, an economy that’s steadily on the rise, and a lot of career opportunities as well. Since the majority of the population in Arizona is in Maricopa, it’s fairly easy to make connections or to relate to a market if you’re a businessman.

Of course, you also shouldn’t ignore the great sights and historical landmarks that Maricopa County has to offer. It might be a desert region, but the living conditions are more than comfortable. 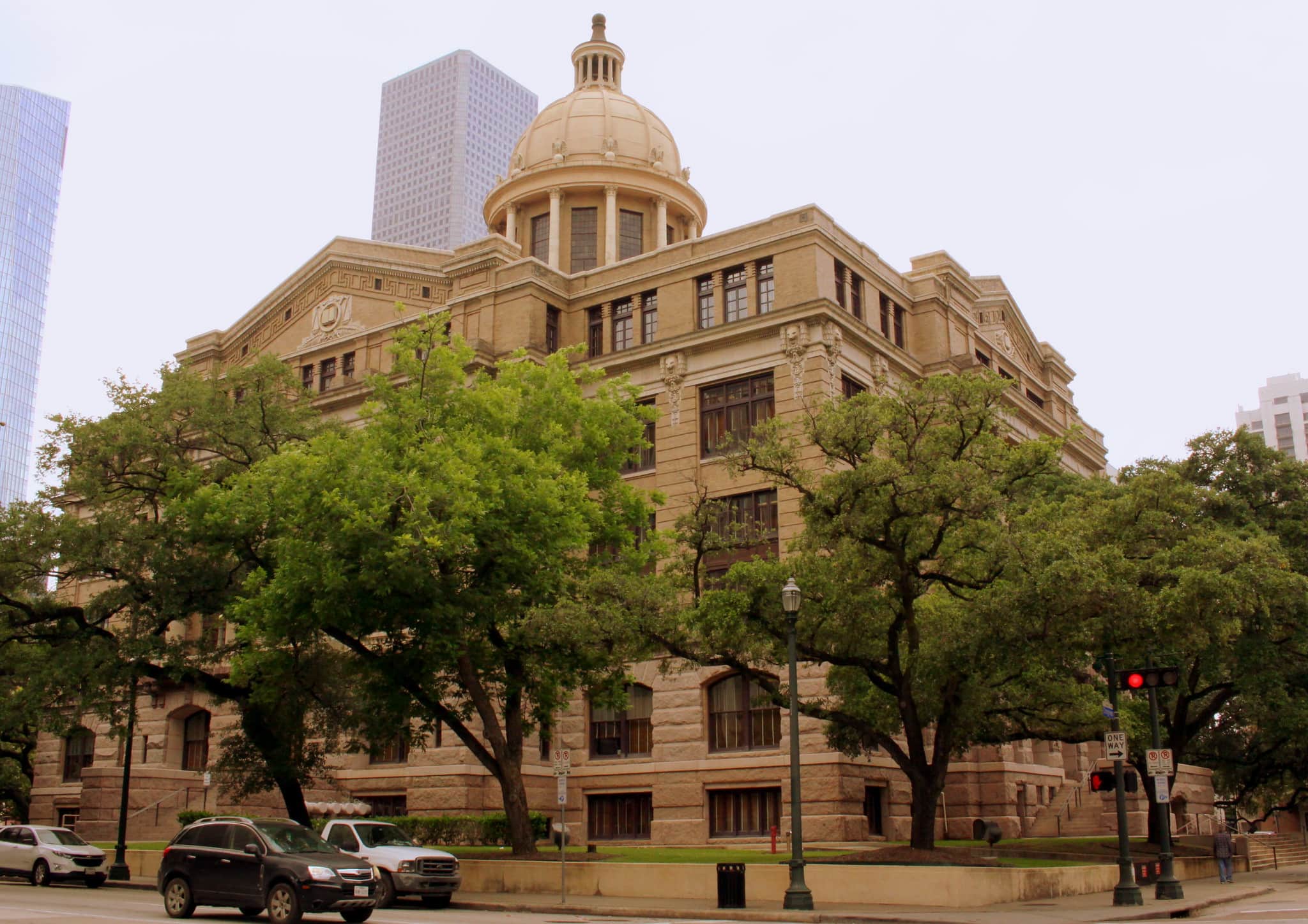 Harris County is the largest county in the second-largest state in the US. Despite these facts, however, Harris County’s overall landmass is actually not as big as the one in Los Angles, Maricopa, and many others.

The county is also where Houston is located. This is Texas’ capital city, and it’s also the center for medical and technological advancements in the Lone Star State. Harris County in itself is a highly advanced and modern city that’s filled with great opportunities for those looking for new ventures.

Harris County is ripe with affordable houses and great living conditions. Although advanced, the cost of living in Harris County – even in Houston, is surprisingly low. As such, it’s a great place for nearly everyone.

Cook County is home to the largest medical center in the world. That is the Texas Medical Center which contains 54-medicine-related institutions with an average of 7.2 million visits a year. 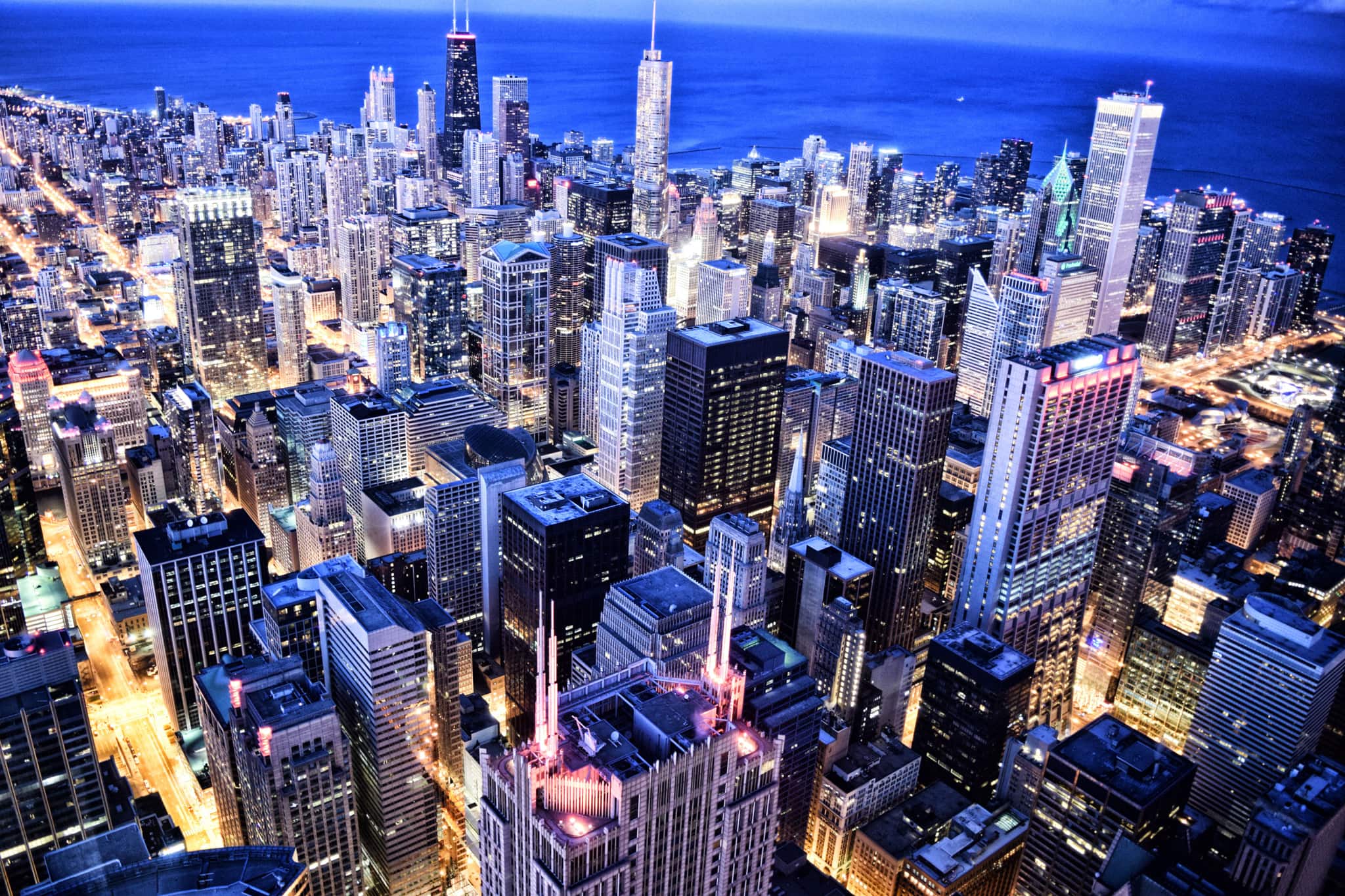 The densely populated city of Chicago is located in Cook County. It’s a populous county not just because of its career and business opportunities. The county itself is also teeming with amazing tourist attractions that are rich in both history and wonderful people.

It’s not surprising that Cook County is one of the most populous states out there. Chicago is one of the biggest cities in the area, after all.

The majority of Cook County is the city of Chicago itself. When visiting Cook County, be ready for the amazing skylines that this modern and business-centric county has to offer.

If you want to check out gorgeous views, make sure to visit the Willis Tower, which overlooks city vistas in Chicago. The top of the tower lets you see nearly the entire Chicago area, and it’s a must for tourists and locals alike.

Chicago is home to roughly 54% of the population in the entire Cook County! 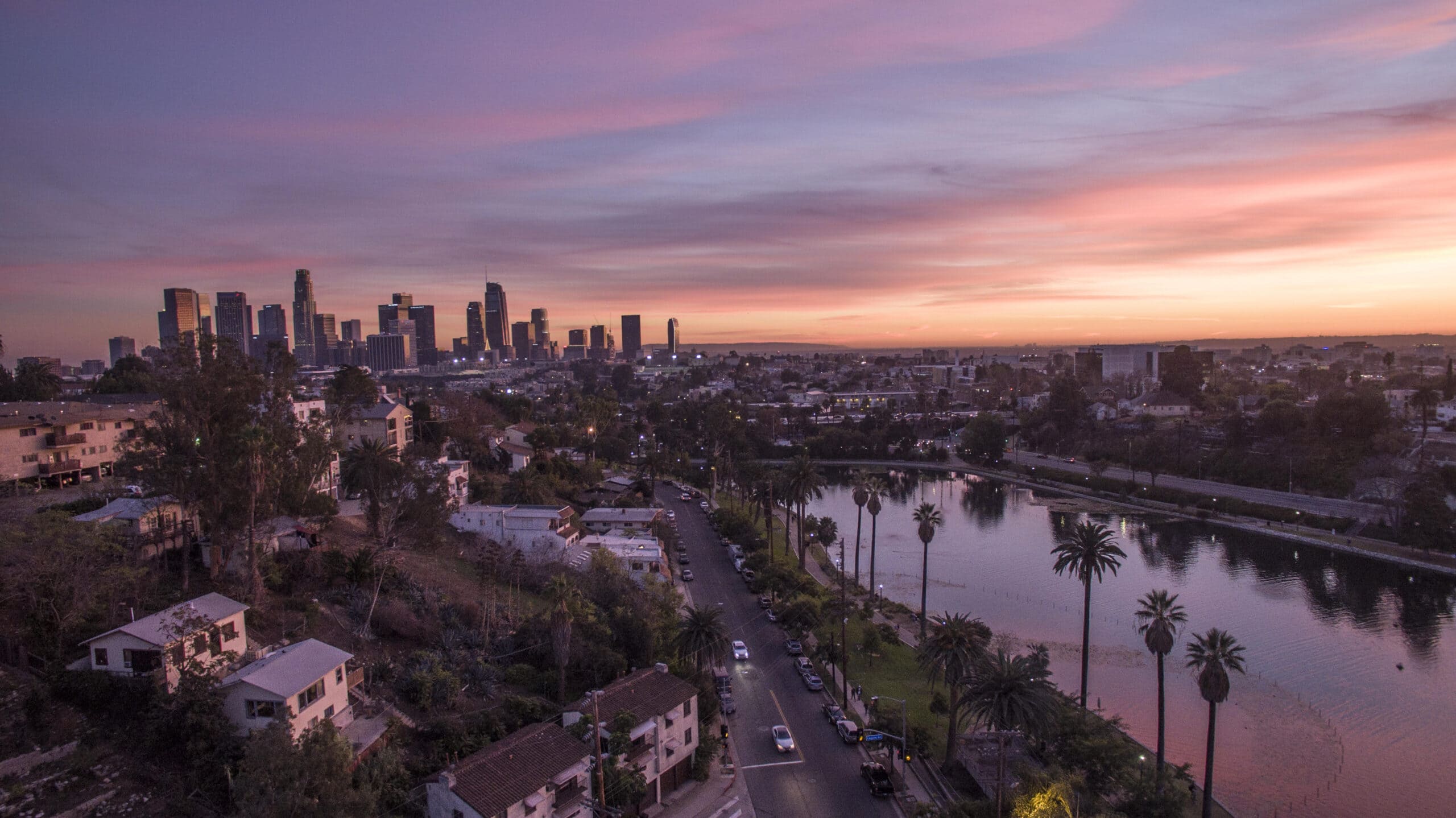 The largest county by population in the US is Los Angeles, with an estimated population of over 9.8 million people. Located in California, it might also just be the dream location of many people worldwide. Los Angeles has always been synonymous with glitz, glamour, and Hollywood, so it’s not surprising that many people are looking to make a mark in the world here.

Los Angeles is often dubbed as one of the world’s entertainment capitals. It features modern amenities and attractions beyond the allure of Hollywood. Opportunities in technology, entertainment, and many other industries are teeming in Los Angeles. The county has seen a consistent increase in people over the last couple of years, as there are just so many reasons to love it.

The county isn’t short on things to do. It attracts millions of tourists per year, and some of those visitors will certainly consider living in Los Angeles County after their first visit.

The famous HOLLYWOOD sign used to be HOLLYWOODLAND from 1923 to 1949. It was supposed to endorse a segregated housing development in the area.