There’s a lot we still don’t know about the universe. At the very least, science and history have taught us a lot about our star system and the planets that surround Earth. From our perspective, our planet is massive and difficult to explore fully in a lifetime. The thing is, Earth is small compared to other planets.

Thanks to advancements in technology, we now have a better idea of exactly how big (or small) Earth is compared to other planets in the star system.

If you’re curious about how our planet stands, here’s a list of the largest planets in the solar system, from smallest to largest. 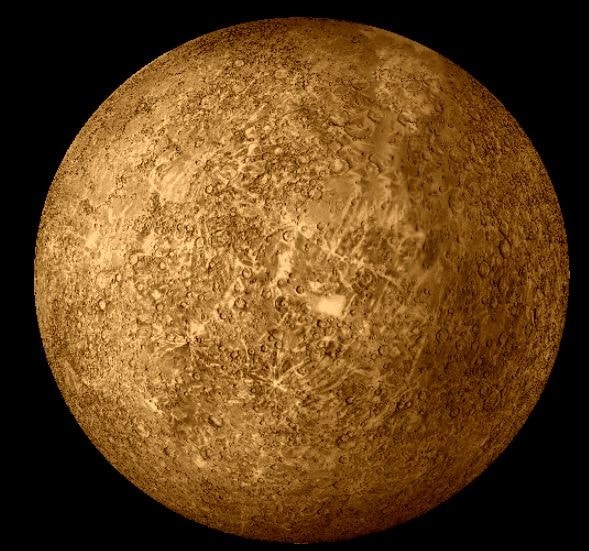 Mercury isn’t just the smallest planet, it’s also the planet that’s closest to the Sun. It’s so close, it only takes 88 days for Mercury to make a full rotation around the Sun. Oddly enough, it’s not the hottest planet, as that title belongs to Venus.

The planet features an egg-shaped surface and a sluggish rotation. Because of this, the Sun can briefly appear to set and rise again immediately in some parts of Mercury. The surface of Mercury is very similar to the moon, but it’s far from being safe to explore. Since it’s close to the Sun, Mercury experiences extreme radiation and extreme temperatures as well.

If you were to stand on the surface of Mercury, the Sun would appear three times as large as to what you’ll see on Earth. 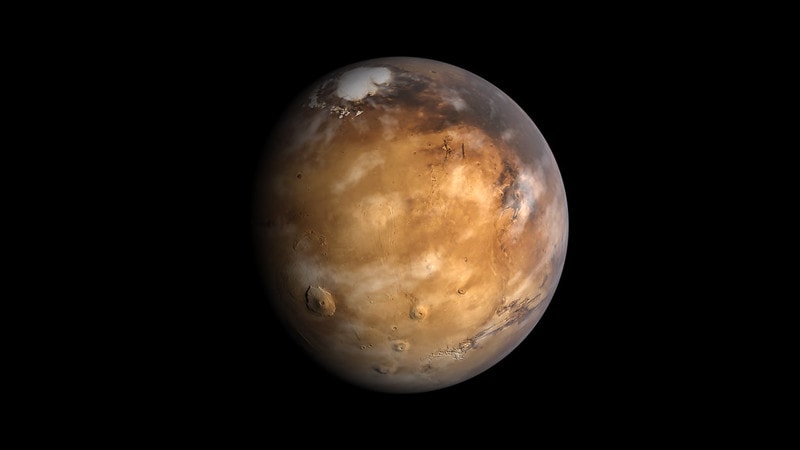 Mars is the most explored planet in the solar system, aside from Earth. Thanks to the living conditions it presents and the similarities it has with Earth, Mars has always been the subject of a potentially habitable planet in the future. It’s a dusty and cold desert world that comes with a thin atmosphere.

With the right technology to provide oxygen, however, experts believe that it’s very livable.

On top of all this, Mars is also a dynamic planet in the sense that it has seasons, extinct volcanoes, and even ice caps – pretty much like Earth. NASA and other astronomical agencies around the world have sent satellites and rovers to Mars on numerous occasions in the hope of studying it further.

Mars is referred to as the Red Planet. It gets its red hue from the rust that forms on the iron in its soil. 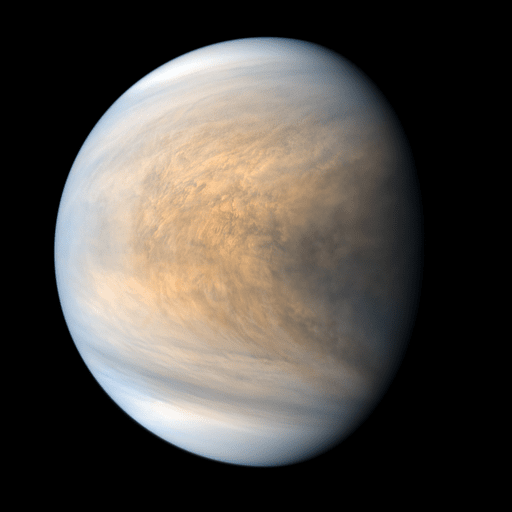 Venus is often called Earth’s twin, but that’s only because it’s our nearest planetary neighbor. As it’s too close to the Sun, the surface of Venus is too hot to be habitable and hot enough to melt lead. Despite being close to the Sun, there’s not a lot of light that goes through Venus because of its thick atmosphere.

Some experts believe that Venus was once a livable planet, but that was billions of years ago before all of the water on the planet evaporated.

Furthermore, the pressure on Venus’ atmosphere is now too heavy. It’s 90% heavier than Earth’s, which is similar to the pressure you’ll experience deep in the ocean.

Venus rotates in the opposite direction as compared to other planets. Here, the sun rises in the west, and it sets in the east. 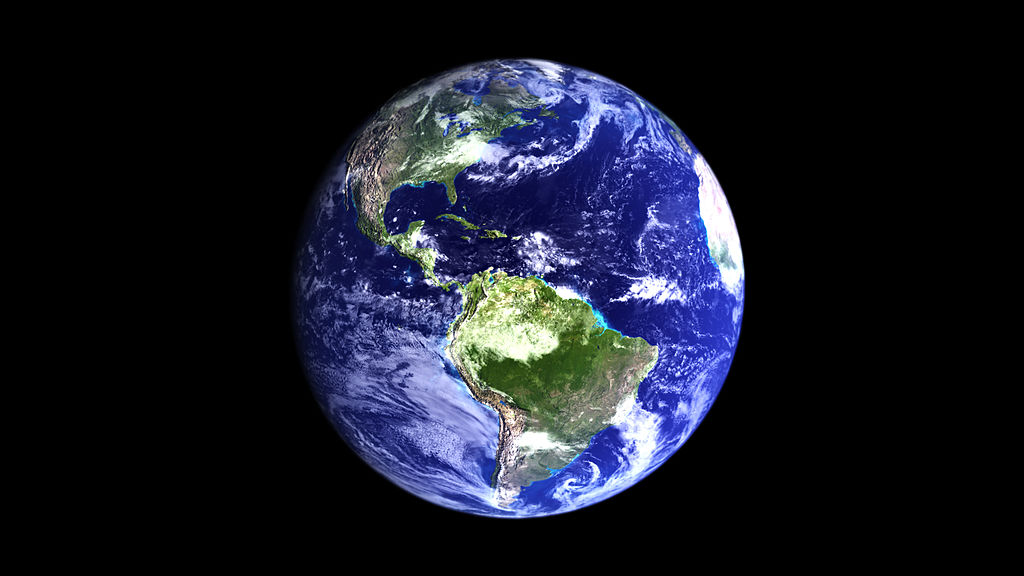 Thanks to its perfect placement with the Sun, Earth exhibits excellent living conditions for humans, plants, and animals alike. It might not be as large as other planets in the Solar System, but it’s more than enough to house 8 billion people, with room left for nature to thrive.

Aside from the temperature, the Earth’s atmosphere is 78% nitrogen, 21% oxygen, and a percent of other minor ingredients. These make up the perfect balance for livable conditions as well.

Unlike other planets, Earth isn’t named after gods and goddesses. Instead, it’s named after the German word for “ground.”

If the Sun were the size of a standard door, the Earth’s size would be comparable to that of a nickel. 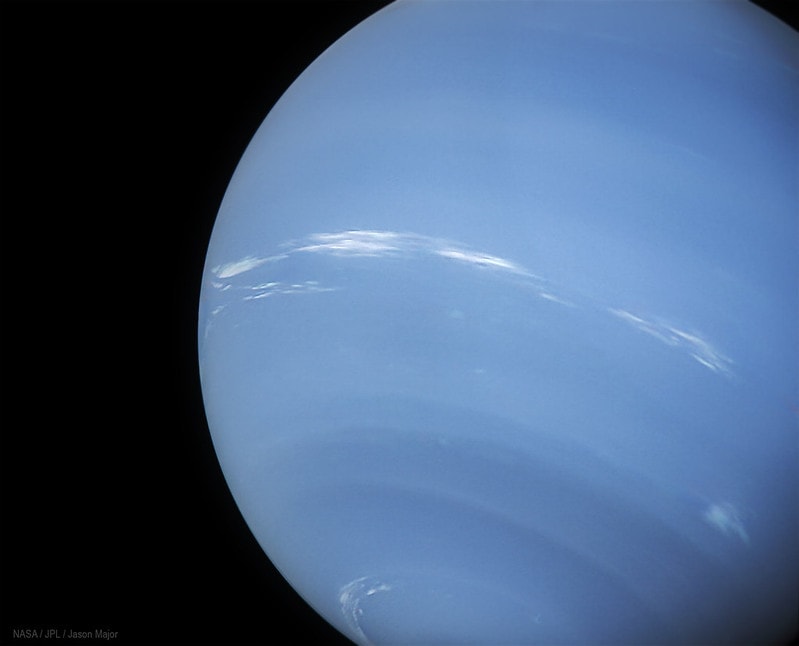 Since Pluto has been classified as a dwarf planet, it’s safe to say that Neptune is the farthest planet from the Sun. It’s so far, it’s the only planet in our system that cannot be seen from Earth.

Being the furthest comes with a lot of repercussions. Days take longer, the atmosphere is darker, and the temperature exceeds what we can handle. In Neptune, high noons are very dim. What we see from the Sun here or on Earth is 900 times brighter than what’s on this planet.

Neptune is classified as an ice giant. This means that the planet is mostly composed of oxygen, carbon, nitrogen, and sulfur.

Not counting Pluto, Neptune takes the longest to revolve around the Sun. One rotation takes 60,195 days! 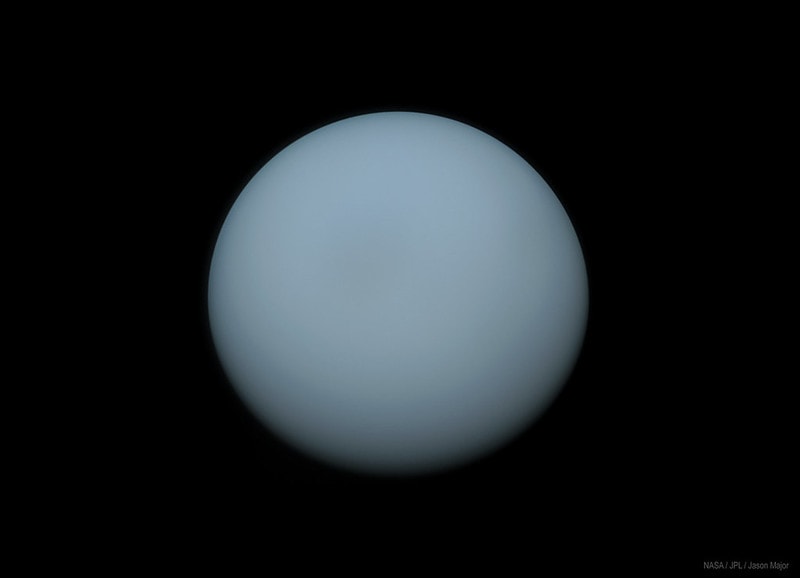 Like Neptune, Uranus is classified as an ice giant. Its atmosphere is made primarily of hydrogen and helium, but it also contains water, ammonia, and methane. Uranus is also unique in a way that its axis of rotation is tilted sideways, whereas other planets rotate from left to right.

Because of this, the north and south pole of Uranus is located where the equator of other planets would be.

At a glance, it’s not noticeable, but Uranus is a ringed planet. It features inner rings that are narrow and dark. On the hand, the outer rings are brighter and easier to see. Uranus has 27 known moons. What makes these moons unique is that they are named after characters from the works of William Shakespeare and Alexander Pope instead of mythology characters.

Uranus is the first planet discovered using a telescope. It was found in 1781 by astronomer William Herschel. 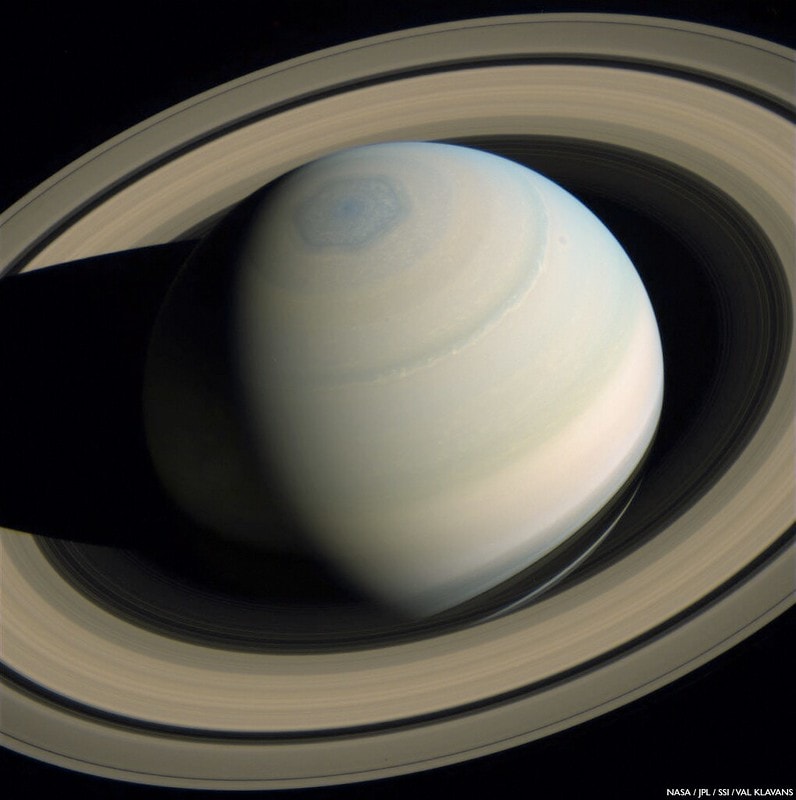 Saturn is a gas giant whose most notable feature is its ring system. This system is composed mainly of ice particles, rocky debris, and dust. At least 83 moons are orbiting Saturn, as per research, but only 53 of them are named. Bear in mind that those 83 moons don’t include the hundreds of moonlets that surround the planet’s rings.

Research suggests that the inner core of the planet is possibly made out of iron-nickel and rock. Outside the core is a gaseous outer layer that results in the planet’s pale yellow hue. Saturn is basically a giant ball that’s made out of helium and oxygen.

A spacecraft called the Cassini was sent to Saturn in 2004. The spacecraft was vaporized in the atmosphere in 2017, and its debris is now a part of the planet. 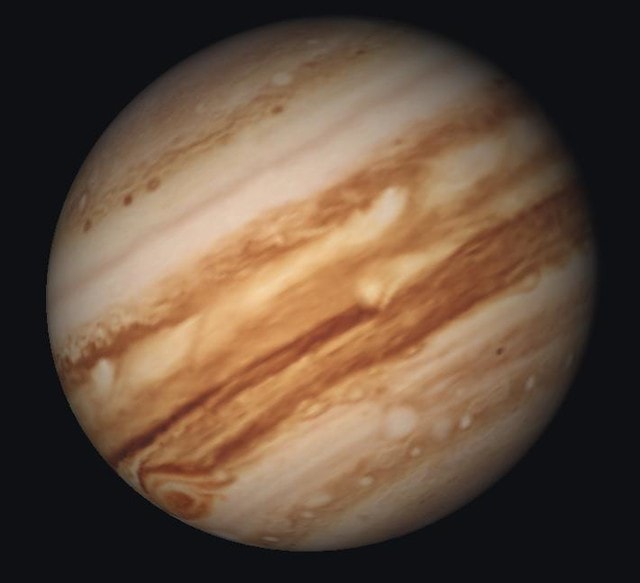 Named after the Roman King of the Gods, Jupiter is the largest planet in the Solar System. Although it is a gas giant, Jupiter has a mass that’s actually more than 250% of other planets in our system. It’s also worth noting that Jupiter is the third brightest natural object that you can observe from the earth, and we humans have been seeing it since prehistoric times.

It has a lot of distinct features, including the Great Red Spot, which is actually a strong superstorm.

Jupiter is surrounded by a planetary ring system which appears to be made of dust. These rings were created because of the planet’s strong gravitational pull, which draws in dust from nearby satellites called Adrastea and Metis.

Jupiter has more than 80 moons, but scientists believe that there could still be more that’s undiscovered. It also has the largest moon, Ganymede, which is larger than Mercury.