The largest carnivores in the world are fearsome predators that merely slink into view, ready to strike and rip the flesh from their victims. Although they may seem like just another beast of prey, each on this list is monstrously large and packs a mighty bite inside its maw.

There are many kinds of carnivores, each with its own individual characteristics and habits. Carnivores are not all the same because their diets vary, but they all share things in common such as being meat-eaters.

The term ‘carnivore’ means ‘meat eater,’ so there are many different types of carnivores. They usually have sharp teeth, claws, and strong jaws to help tear apart the meat of the animals they hunt down.

Carnivores are the ecosystem’s top predators, meaning they’re the most effective animals at sustaining their population.

These 10 animals are among the largest in the world. To keep the list in order, only land animals were considered. 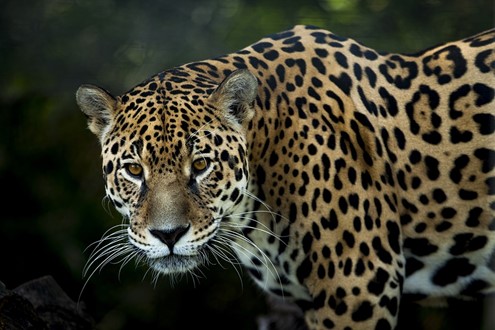 The Jaguar is the only one of the world’s so-called “big cats” that can be naturally found in the Americas. It is also the biggest feline that can be found on the American continent.

Jaguars are mammals closely related to leopards and share several traits with these other cats, including the recognizable spotted pattern on their coats.

Jaguars have been hunted throughout history primarily for their stunningly gorgeous fur, although they are quite powerful. This has led to their extinction in many areas.

Even though it is now illegal to shoot jaguars for their fur, the population numbers of jaguars have decreased over a significant portion of their natural habitat. Jaguars have vanished from many regions.

According to legend, the name Jaguar originates from the Native American term yaguar, which may be translated as “one who kills with one jump.” 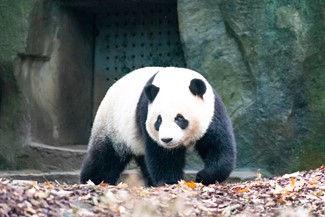 There is a species of bear in China known as the Giant Panda. It lives in the highlands of central and western China. The Giant Panda stands out from other bears in that it does not hibernate and gives birth to extremely young that are quite tiny.

The Giant Panda is not only one of the most well-known and instantly recognizable creatures in the world, but it is also one of the rarest and faces a significant amount of danger in its natural environment, mostly due to the loss of its habitat.

However, despite its herbivorous tendencies, the giant panda maintains a carnivore’s digestive system and DNA.

In addition to their primary bamboo diet, giant pandas consume various other plants, such as grasses and fruits, as well as the occasional mouse and bird.

Although it is classified as a carnivore in the taxonomy of animals, the giant panda consumes a herbivorous diet nearly entirely made up of bamboo. 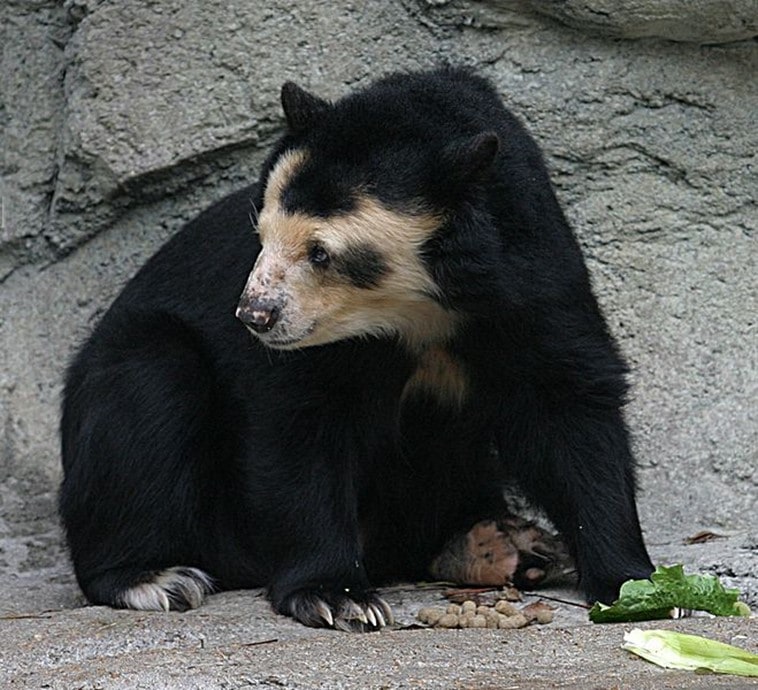 Because they are the only individuals of the short-faced bears still alive, spectacled bears are very hard to find. Bears also like spending time on the branches of trees. They are adept climbers and feed on fruit, cacti, bamboo, and the fronds of palm trees, among other things.

Before the population of spectacled bears grew more fragmented over the course of the preceding 500 years, the species had a well-deserved reputation for flexibility because it may be found in a diverse selection of habitats and altitudes.

The vast bulk of the spectacled bear’s habitat can only be found in certain regions in the north and west of South America. The Andes Mountains are home to an exceptionally high percentage of the world’s animal and plant species. 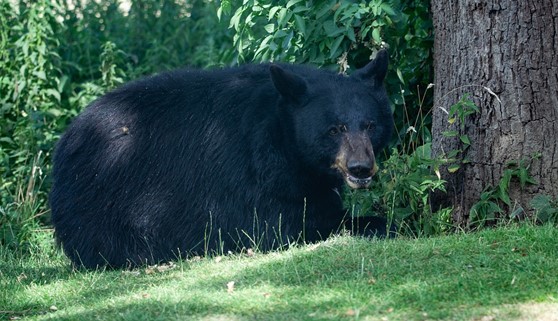 The habitats most favorable to American black bears seem to have a few characteristics in common throughout their range. They are more likely to be found in relatively challenging terrain, thick understory vegetation, and abundant food plants.

Even though their fur is mostly black, a few varieties of these bears may have brown or even totally white fur. Its headquarters may be found in the northeastern and northwestern portions of the United States and some parts of Canada and Alaska.

Thankfully, these bears are not threatened with becoming extinct, and they are not considered endangered. Because they have spread so far and wide, they have maintained their existence and continue to thrive.

Grass is the typical diet of the American Black Bear. Additionally, they hunt other species of animals, including elk, moose, deer, and fish. 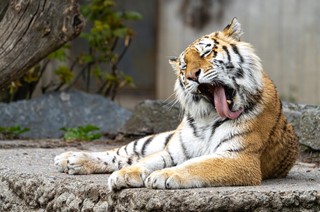 The Siberian tiger is a definite candidate for being the world’s largest feline carnivore. Even though some may be discovered in China and North Korea, the birch forests of eastern Russia continue to be their most common habitat.

Although their habitat in the north is far more hostile than other tigers, these animals have many distinct advantages. When compared to other habitats for tigers, northern forests have the fewest number of people per square kilometer and the least amount of damage done to the surrounding ecosystem.

They are the only species of tiger that can live in colder climates and survive the winter. In addition to their size, Amur tigers have a variety of adaptations that allow them to survive better in the freezing temperatures of their habitat. The coats of Siberian tigers are much longer and thicker than those of other tigers.

Since Russia’s timber industry is not as established as in many other countries, the vast woods provide tigers a great deal more room to roam than in other countries. 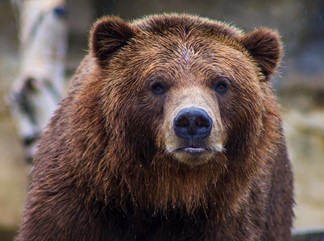 Brown Bears are a species of bear found in various parts of North America and Eurasia. These bears like to live in forested and hilly regions of their habitats.

The name Ursus arctos is given to the brown bear, which is classified as a mammal species. The word “bear” originates from Latin, from which we get the name “Ursus.” Bear is referred to as “arctos” in Greek, which is also the Latin word “ursus.” Both of these words signify the same thing.

Bears of this species are quite massive in size. Brown bears have been known to reach heights of up to eight feet and weigh up to 700 kg when fully grown. 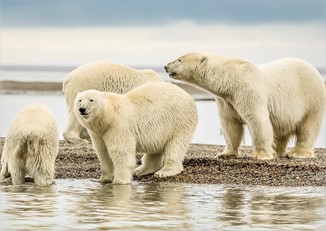 The Polar Bear is the largest carnivore on land. They go hunting regularly to ensure that it is well-fed and has a layer of fat that acts as an insulator so that they can stay warm.

One of the largest polar bears ever recorded weighed a whopping 2,209 pounds. The size of this bear was comparable to that of almost a dozen adult people, assuming that each person weighs around 200 pounds.

Polar bears get most of their nutrition from the skins and fat of ringed seals. This is because they often discard the leftover meat, an essential food source for other creatures such as arctic foxes.

Although seals make up most of their diet, polar bears also ingest walruses, small whales, and fish. Polar bears are the most meat-dependent of all the bear species since they are the biggest.