France, also known as l’hexagone and the country of great culture and art, is a unitary sovereign that comprises the parts of Western Europe. France is also known as the land of people. France is the largest country in Europe.

France is the agricultural hub of Europe since a large portion of its north and west consists of fertile plains that are open and expansive. The southern heartland of France is occupied by the vast, wooded plateau of the Massif Central, which is made up of a variety of ancient mountains.

France is quite remarkable on its own, as evidenced by the fact that it is home to some of the world’s oldest buildings and the world’s oldest living person. Let’s learn more about it by reading this article on the 10 largest cities in France. 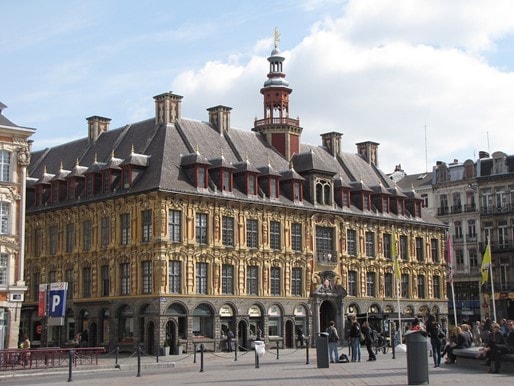 It is a well-known fact that Lille, a significant city in northern France, is both a significant economic and cultural hub as well as an important historical center.

Lille, a city that dates back to the Middle Ages, is located a few kilometers to the east of the border with Belgium. The town’s food, design, and cycling culture are all influenced equally by French and Flemish traditions.

The Old Stock Exchange building, also known as La Vieille Bourse, is widely regarded as being among the city’s most beautiful structures. It is a beautiful example of Flemish Renaissance architecture and is made up of 24 small homes that enclose an arched courtyard. 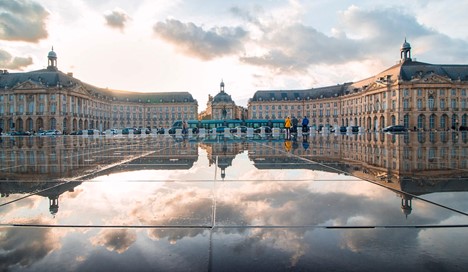 In a nutshell, the city of Bordeaux looks like: magnificent architecture, delicious cuisine, a lively metropolis with a central area, and some of the greatest wine on the planet.

Even better, the whole city is quite walkable, with pedestrian-only zones and friendly squares throughout the entire city.

Bordeaux is located in the southwest of France and is both a city and a wine-growing area. Some of the earliest remains in the city, which date back to the 4th century and were first founded in 567 BC, may still be viewed in the crypt below Saint-Seurin Basilica.

Place des Quinconces is not just the biggest city square in France but also one of the largest in Europe. It covers an area of 31 acres. It often plays host to outdoor concerts, festivals, and fairs of various kinds. 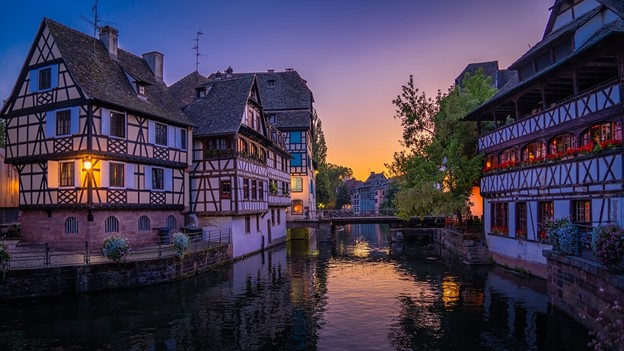 Strasbourg is the ideal introduction to everything that makes Alsace so distinctive. It walks a delicate balance between France and Germany and between a medieval history and a modern future.

One of the primary reasons why Strasbourg is such a popular tourist destination is that the city center has been meticulously conserved and is designed to accommodate pedestrians. This section of the city can be toured on foot or by bicycle in only a few days.

The city is well-known for its stunning historical center, known as the Grande Île, which has the distinction of being the first city center to be designated fully as a World Heritage Site by UNESCO. 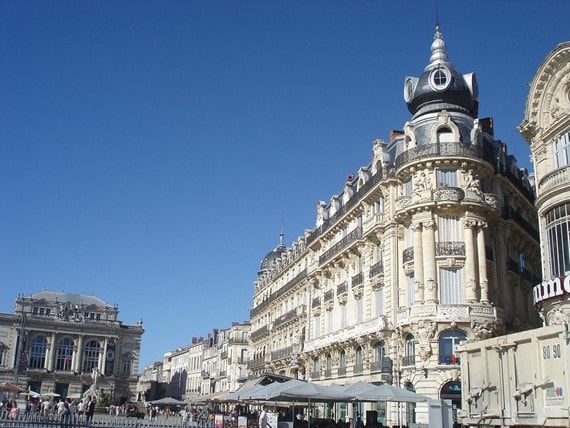 Montpellier has firmly established itself as one of the best places to reside in all of Europe because of its robust economy, vibrant cultural and social scene, and one of the most appealing real estate markets in France.

The city has achieved a balance between modernity and livability, which has allowed it to become the metropolitan region in France that has grown at the quickest rate since the 1990s.

Because of its position in the south of France, Montpellier has a temperature similar to that of the Mediterranean and is recognized as one of the sunniest towns in France. 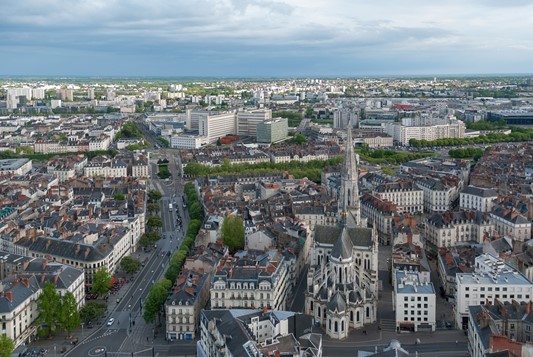 The city of Nantes serves as the administrative center of the Pays de la Loire region and the Loire-Atlantique department. Time magazine referred to Nantes as “the most liveable city in Europe” in 2004.

Botanical gardens and public parks have a long history in the French city of Nantes, which has been an active political player in international climate discussions. In addition to this, the city was named the “Green European Capital” for the year 2013.

The traditional moniker for Nantes was “Venice of the West” (in French: la Venise de l’Ouest), which was a reference to the numerous river waterways that existed in the old town of Nantes before the 1930s when they were filled in. 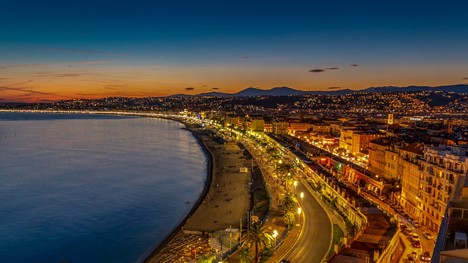 The city of Nice, which is the fifth biggest in France, is like a magnet in that it draws people from all over the globe for a variety of different reasons.

Since the establishment of facilities such as Acropolis, Nice has evolved into a center for research in the fields of industry, science, and sophisticated technology, making it a city that is famous for more than just its elegance.

In the third century BC, the Greeks established the city, and up to the present day, remnants of the old civilization may still be seen in this area. After the glorious period known as the Belle Epoque, Nice has evolved into a city that is both multicultural and cosmopolitan.

Nice did not become a part of France until the year 1860. The Italians were adamant about keeping control of the city. Still, given that the French came to their aid during the conflict with Austria, they decided to put the decision to the residents. 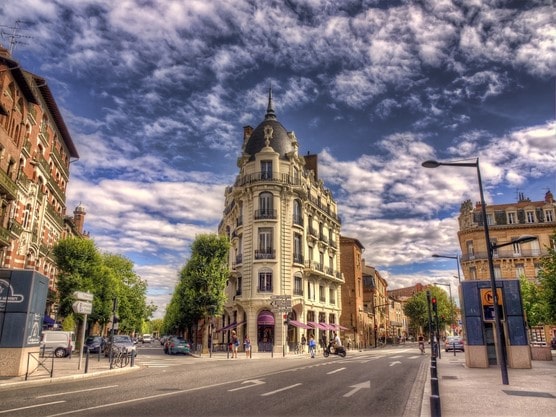 The majority of the structures in Toulouse were constructed with pink bricks, thus the city’s nickname, “the Pink City,” also known as “La Ville Rose.”

The city was once a Roman colony known as “Tolosa,” and the arrangement of the city’s smaller interior streets still adheres to the original design.

During the Middle Ages, Toulouse served as the ruler of its separate county; nevertheless, in 1271, it became a part of the Kingdom of France.

The center of the European aerospace industry is in Toulouse, which is also the location of the Airbus headquarters. The Toulouse Space Facility (CST), part of the French national space agency CNES, is located there. It is the biggest national space center in Europe. 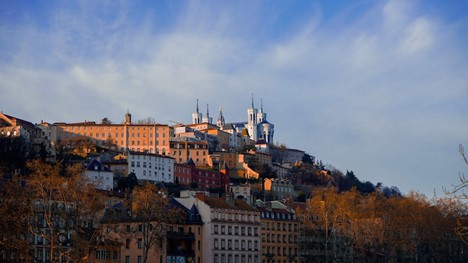 Within its relatively modest municipal area of 19 square miles, the actual city of Lyon had a population of 522,969 residents in 2019.

Lyon is widely regarded as the culinary capital of France, making it not only one of the most significant towns in France but also one of the most important cities in the world.

In a city established by the Romans more than two thousand years ago, visitors might get the impression that they have traveled back in time by walking around Old Lyon, La Croix-Rousse, and Fourvière.

One of the largest public urban squares in Europe, Place Bellecour, is located in the heart of Paris. Because of its location, many people think of it as the heart of the city. 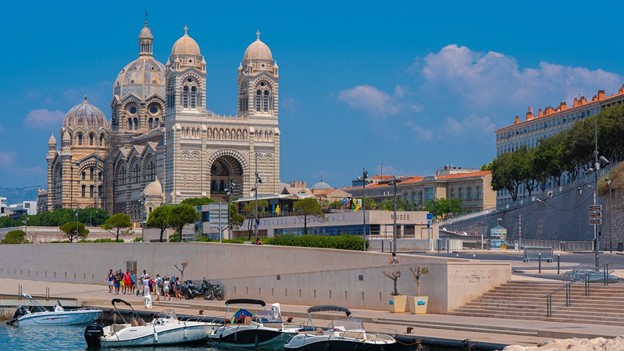 In addition to being France’s second-largest city and the seat of the Provence-Alpes-Côte d’Azur region, Marseille is also the country’s oldest continuously inhabited city.

Marseille was the most significant trade center in the area and the principal commercial seaport of the French Republic. In ancient times, the city was referred to as Massalia by both the ancient Greeks and Romans.

In modern times, Marseille has become France’s most populous city on the Mediterranean coast and its most important port for trade, freight, and cruise ships.

Soap is a highly significant Marseille product. It is well-known and of great quality throughout history and continues to be so now. Its development began in the Middle Ages due to abundant natural resources, such as olive oil.

One of the most stunning cities in the world is Paris, which also happens to be the capital of France. Paris is a living combination of the classic and the contemporary, with buildings from bygone eras coexisting with architectural masterpieces.

It is the city that receives the most tourists from all across the globe. Paris will not let you down in any way, shape, or form since the city is filled with historical landmarks, excellent museums, and delicious macarons.

After being completed for the 1889 World Fair, the Eiffel Tower was planned to be a temporary structure that would remain for 20 years.