Japan is a country with a history and customs that date back many centuries. Even though Japan has achieved an incredible level of success in the world of science and technology, the country has not abandoned its traditional values and traditions.

Because it is the first nation in the world to view the dawn, Japan is also known as the “Land of the Rising Sun,” which is another translation of the Japanese word for Japan, which is “Nippon.”

Japan’s economy saw one of the most impressive rates of development throughout that time period, placing it at the forefront of the global economy as a result of its phenomenal growth.

It is currently a world leader in global finance and is among the top nations in manufacturing and trading products. Get to know more about the cities that made it possible for Japan; here are the 10 largest cities in Japan by population. 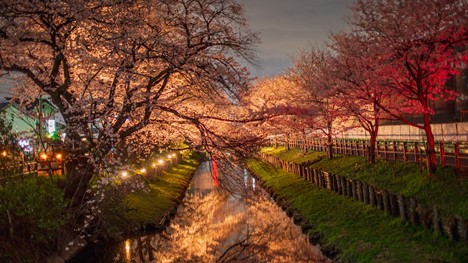 The city of Saitama is located in the Kanto region of Japan and serves as the prefectural capital of Saitama. It was formed in 2001 as a result of the merger of four former cities, one of which being Urawa, the city that had previously served as the capital.

It is believed that the Shint Hikawa Shrine in the Miya ward was founded in the fifth century. The temple is in a park famed for its cherry blossoms in the spring. 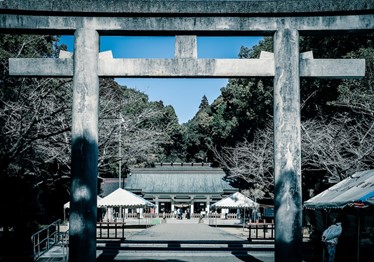 The Japanese city and port of Kawasaki is located in the east-central Honshu region of Kanagawa Prefecture. It is situated between Tokyo and Yokohama on the western bank of Tokyo Bay.

Kawasaki is located in the heart of the Keihin Industrial Zone, which includes the whole metropolitan region. The city’s land area spans a very limited region northwestward from the bay, divided from Tokyo by the Tama River.

Heavy industry runs along the restored shore, vehicle and machine manufacturers are in the city center, and light chemical industries are in the northwest.

Following a fire in Kawasaki in 1976, the city was rebuilt by employing numerous fire-prevention strategies, such as building fire breaks, parks, and roadways. 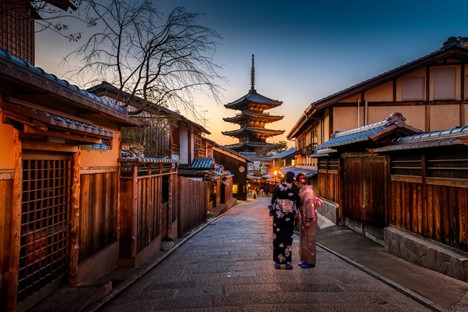 Honshu island’s west-central region is the city of Kyoto, which serves as the prefectural capital of the Kyoto Urban Prefecture.

It is around the same distance from Nara, another historic center of Japanese culture, and is situated about 30 miles (50 km) to the northeast of the industrial metropolis of Osaka.

Kyōto (literally, “Capital City”), Japan’s capital from 794 until 1868, is the center of Japanese culture, Buddhism, exquisite textiles, and other items. The Japanese love Kyōto because of its tradition and culture.

Kyoto University is often regarded as one of the country’s top educational institutions due to its status as a former royal university that opened its doors in 1897. 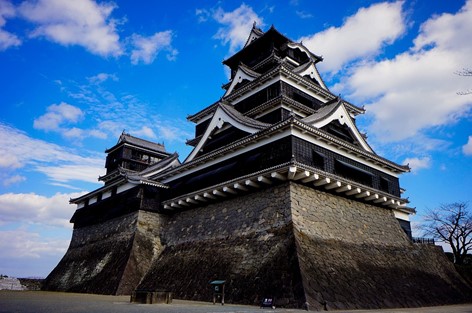 The city and port of Fukuoka serves as the prefectural capital of Fukuoka in northern Kyushu, Japan. It is situated on the southern shore of Hakata Bay, about 40 miles (65 km) to the southwest of Kitakyushu, and it contains the once-independent city of Hakata.

Because of its location at the point of Japan’s major islands that are closest to the continent of Asia, this region has traditionally been regarded as the country’s primary entry point.

Fukuoka was formerly a port, but it has since developed into an economic, industrial, administrative, and cultural hub for the area. In addition to its robust network of rail and road links, the city is home to a bustling fishing port.

Nanzoin Temple and its reclining Buddha statue can be traveled in a 30-minute train trip from Fukuoka. It weighs 300 tons and is 11 meters high. 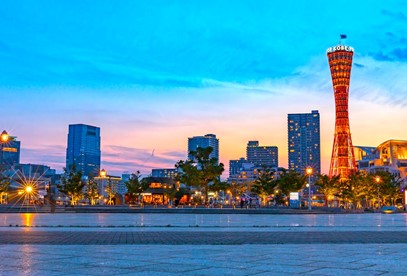 Kōbe is a city and the seat of the Hyogo Prefecture on the island of Honshu in western-central Japan.

The cities of Kōbe, Osaka, and Kyoto, located near one another, make up the core of the Keihanshin Industrial Zone, which is the second biggest urban and industrial agglomeration in all of Japan.

The beef that comes from Kobe is known all over the globe. It is meat from the Tajima breed of Japanese Black cow bred in the Hyogo Prefecture of Japan. It is also home to one of the oldest sake breweries in Japan. 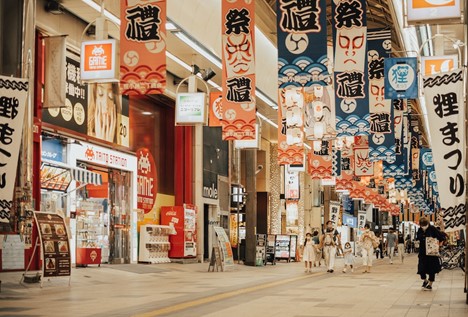 The chance to see Hokkaido’s stunning capital city, Sapporo, is one of the major draws of a trip to the island of Hokkaido, which is known as one of Japan’s most beautiful islands.

You may come to this section of the island, which is recognized as one of the most intriguing towns in this part of Japan, and experience both the contemporary and more traditional sides of Japanese life. This portion of the island is known for having a city with a lot of history.

The city is well-known for its winter-themed activities, such as a winter festival, as well as for the breathtaking ski resorts located on the city’s outskirts. 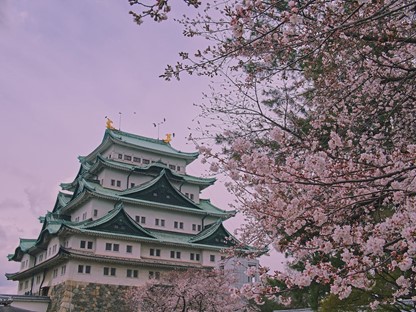 One of the most important ports, transportation hubs, and industrial centers in all of Japan is the city of Nagoya. The city is the most populous one in the Chubu area of Japan in the country of Japan.

The proud city is a manufacturing center of world-class quality products as well as a game similar to pinball called Pachinko. In addition, Nagoya is home to several stunning museums, temples, and parks that are always well-kept.

The Nagoya Castle is an iconic building that serves as a focal point for the city. The original structure of the castle was constructed in the year 1612; however, it burned down during World War II and was not rebuilt until 1959. 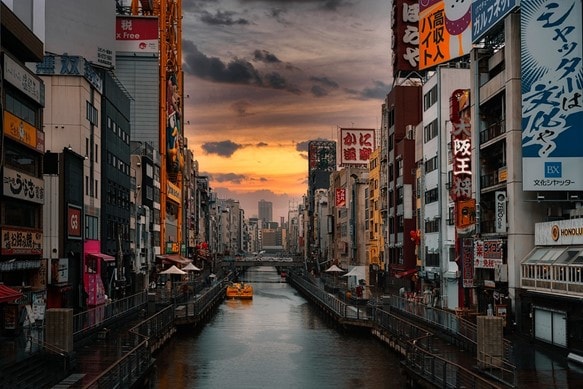 Osaka is a cosmopolitan city located close to the historical capital of Kyoto. It is most noted for its vibrant culinary and drinking culture and its people, who are known for their outgoing nature.

Osaka is the third largest city in Japan, and at first glance, it would not seem to be a location off the beaten road. It has a population of 2.7 million people and is the capital of the prefecture of Osaka and the third biggest city in Japan.

Osaka has a long history of being referred to as the “nation’s kitchen.”  Throughout the Edo era, it was a major hub for rice commerce. 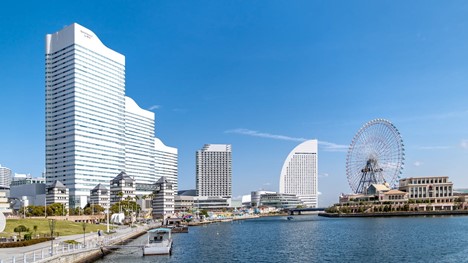 Yokohama is home to a diverse selection of cuisines and a vast range of cultural practices. It was once a fishing hamlet but has since developed into a thoroughly contemporary and sophisticated metropolis. Yokohama is often regarded as the cradle of Japan’s contemporary culture.

Chinatown in Yokohama is the biggest in Japan and dates back to 1859 when Japan was first opened to foreign trade. 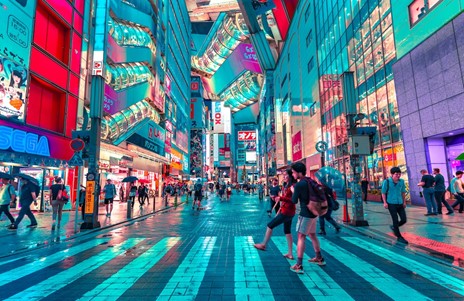 Tokyo is the largest city in Japan. Although it is a well-known city, Tokyo is officially referred to as a “metropolitan prefecture.” This designation is distinct from a city and a prefecture and includes both aspects. This is a quality that is unique to Tokyo.

Tokyo is widely used as the location for a wide variety of Japanese motion pictures, television dramas, animated series (anime), online comics, and comic books. Tokyo was once known as Edo (manga).