Ohio is a state in the United States of America’s Midwest area. It is the 34th largest by area among the fifty United States. With a population of approximately 11.8 million, it is the seventh-most populated and tenth-most densely inhabited.

Ohio emerged from the regions west of Appalachia that were disputed from colonial times until the late 1700s during the Northwest Indian Wars. It became the 17th state admitted to the Union on March 1, 1803.

Although Ohio’s business has shifted to a more data- and service-based model in the twenty-first century, it maintains its industrial status, being the third-biggest manufacturing sector and the second-largest vehicle output in the country.

Without further ado, here is a list of the ten largest cities in Ohio based on 2022 population estimates.

Hamilton is a city in Butler County, Ohio. It is also its county seat. It is the tenth biggest city in Ohio, with a 2022 estimated population of 63,583.

The original settlement of Hamilton was a fort that was named for Alexander Hamilton, who served as the first Secretary of the Treasury. In October of 1791, it was built by General Arthur St. Clair, who was serving as governor of the Northwest Territory at the time.

The locals and tourists make use of the lovely parks for a variety of outdoor pastimes. Some of the parks are located in heavily forested areas, such as thick woods or other similar settings.

The Butler County Courthouse, located in Butler, Ohio, has been recognized by the National Register of Historic Places due to its remarkable construction. 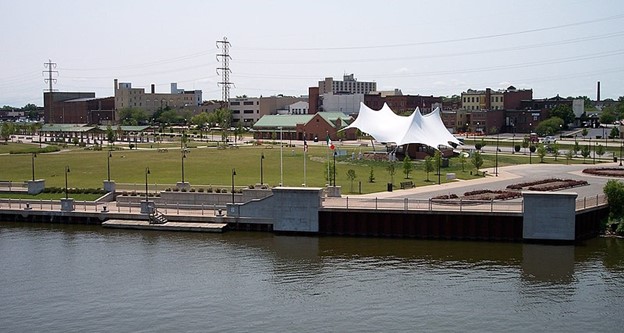 In the state of Ohio’s Lorain County, you’ll find the city of Lorain. It is projected to have a population of 65,433 in 2022, making it the ninth-biggest city in Ohio.

According to the data collected by the local authorities, the town was initially an unincorporated village known as “Black River Village” that was established before 1834.

In 1837, the village’s name was changed to “Charleston.” Still, according to historians writing during the 19th century, the new identity was turned down by its residents, who continued to use the name “Black River Village.”

In 1874, the settlement was officially named Lorain and elevated to a city in 1896.

The Lorain Palace is a Gothic theater that has been renovated and now hosts plays, movies, musical performances, and other types of entertainment. 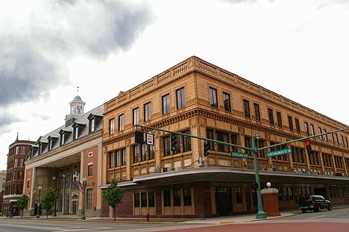 In the state of Ohio, Stark County is where you’ll find the city of Canton. In addition, it serves as the administrative center of Stark County. It is the eighth biggest city in Ohio, with a population approximate of 70,444 in the year 2022.

The primary reasons for Canton’s notoriety include the fact that it is the site of the Pro Football Hall of Fame as well as the origin of the National Football League.

The Canton Palace Theater looks like an old-fashioned Christmas tree when you visit on a Friday night because of all the lights. The theater has a serene and mysterious atmosphere, giving the impression that one must go there several times before discovering its secrets. 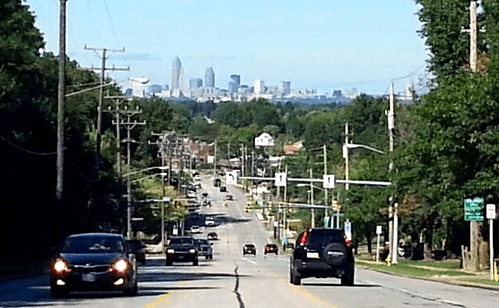 Parma is a city that can be found in the state of Ohio. It is the seventh most populous city in Ohio, with an anticipated population of 81,054 residents by 2022.

Benaiah Fay and his family are credited with being the first people to settle in the area. They came from the state of New York, and they called the city Parma in honor of Parma, New York, which was named after Parma, Italy.

During the 19th century, the city’s economy depended heavily on agriculture. The village was officially recognized as such in 1924. Following the conclusion of World War II, there was a discernible increase in the population.

After the county seat of Cleveland, Parma is the second most populous city in Cuyahoga County. 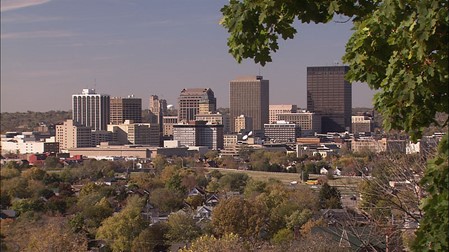 The city of Dayton may be found in both Greene County and Montgomery County in the state of Ohio. In addition, it serves as the administrative center of Montgomery County. It will be the sixth biggest city in Ohio, with a population of 136,868 in 2022.

In 1796, members of the Thompson Party established the city of Dayton as a settlement. Shortly after that, further groups made their way to the region.

A mere year after, the so-called “Mad River Country” was made available to prospective settlers, and an overland link was established between the city and Cincinnati.

Jonathan Dayton, a Revolutionary War commander, inspired the naming of the community that would later become Dayton, which was founded as a city in 1805. 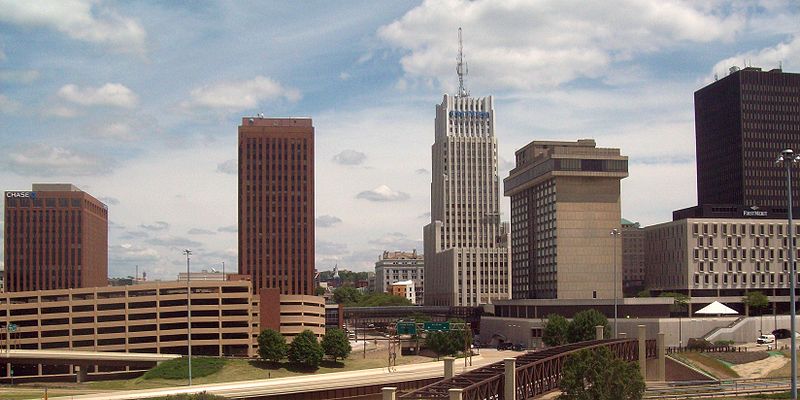 Ohio’s Summit County is home to the city of Akron. Additionally, it is also the seat of the county. It has a 2022 population estimate of 188,741, making it Ohio’s fifth-largest city.

Although Akron has a long history, the city only officially began to exist in 1825. In 1811, settler Paul Williams proposed establishing a town alongside the Ohio and Erie Canals.

In 1825, the city’s plans were first drafted. Because there was already a North Akron at the time, the city was given the name South Akron. The towns combined, though, and became a village in 1836.

In the history of the United States, the first successful toy manufacturer to mass-produce was founded in the city of Akron. It is a work by Samuel C. Dyke titled the Akron Toy Company. They were the ones who started the modern toy business and began producing marbles. 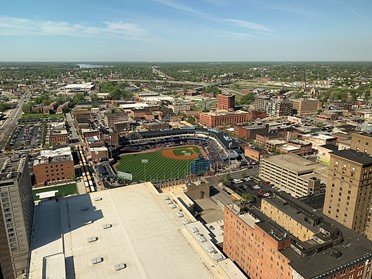 The city of Toledo may be found in the Ohio county of Lucas. Additionally, it serves as the administrative center of Lucas County. It is estimated to have a population of 267,603 in 2022, making it the fourth-biggest city in Ohio.

Many distinct indigenous ethnic tribes first occupied the territory currently known as Toledo. The Wyandot tribe and the Council of Three Fires were in charge of the region at the time.

Etienne Brule, who arrived in Toledo in 1615, is credited with being the first European to settle in the region. The French created commercial stations later in the 1600s, which contributed to the flourishing of the fur trade.

The metropolis has expanded at a breakneck pace throughout the course of the years. Because the city’s economy has traditionally been based on glass production for a long time, it is often referred to as “The Glass City.” 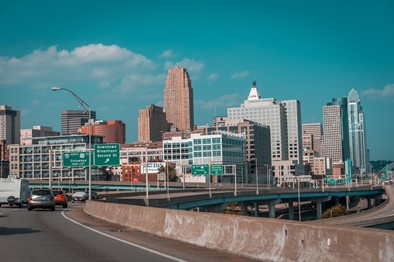 Brown County, Clermont County, and Hamilton County are all neighboring counties to Cincinnati, which is situated in Ohio. It serves as the administrative center of Hamilton County. It has a population estimate of 311,791 in the year 2022, making it the state’s third-biggest city.

In 1788, Cincinnati was established as a settlement. The first person to survey this region, John Filson, gave the community its current name, Losantiville.

This name is a portmanteau that combines four words from various languages and means “the town opposite the mouth of the Licking River.”

Saengerfest was held there in 1849, making it the first city in the United States to host a municipal song festival. 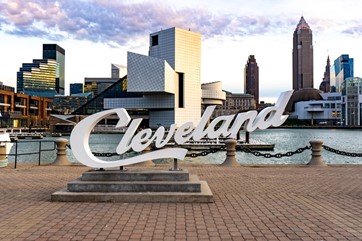 The city of Cleveland is located in Cuyahoga County, and the city also serves as the administrative center of the county. It currently has a population of 367,786, making it the second-biggest city in Ohio.

The year 1796 marked the beginning of the city of Cleveland when surveyors working for the Connecticut Land Company mapped out the region, naming the townships and the capital “Cleaveland” in honor of the company’s head, General Moses Cleaveland.

In 1814, the town of Cleaveland was formed, and the ideal waterfront position of the community rapidly showed itself as a benefit. 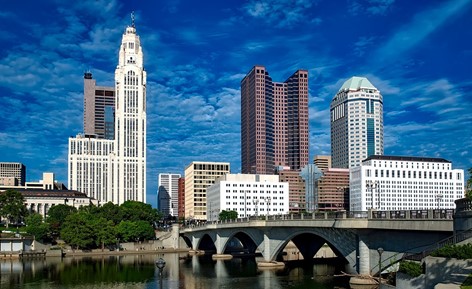 Columbus is the largest city in Ohio, with an estimated population of 929,492. It is located in Franklin County, in the state of Ohio.

The region around Columbus was once referred to as the Ohio Country. During the 18th century, when it served as a hub for fur trafficking, it was under the sovereignty of the French Empire. The area was often trapped between the competing interests of Native Americans and Europeans.

After Ohio was admitted to the Union as a state in 1803, Columbus was selected as the location for the new state capital because of its centralized location and ease of access.

The very first freight aircraft arrived at Columbus International Airport. In 1910, one of the Wright brothers’ displays pilots flew two bundles from Dayton to Columbus. Silk was included in the bundles.