It’s no longer a secret that professional athletes are some of the highest-earning individuals in the world. Some can earn seven digits with a few hours of playing a day! But, of course, we shouldn’t forget that the highest-paid athletes are where they are today because of hours in practice and a lifetime’s worth of dedication to their craft.

It’s always a buzz in the sports community whenever an athlete receives a big payday. Some contracts are larger than others, though, and it’s staggering to see how much athletes make.

If you want to see how hard work pays off, here’s a look at the largest sports contracts in history. 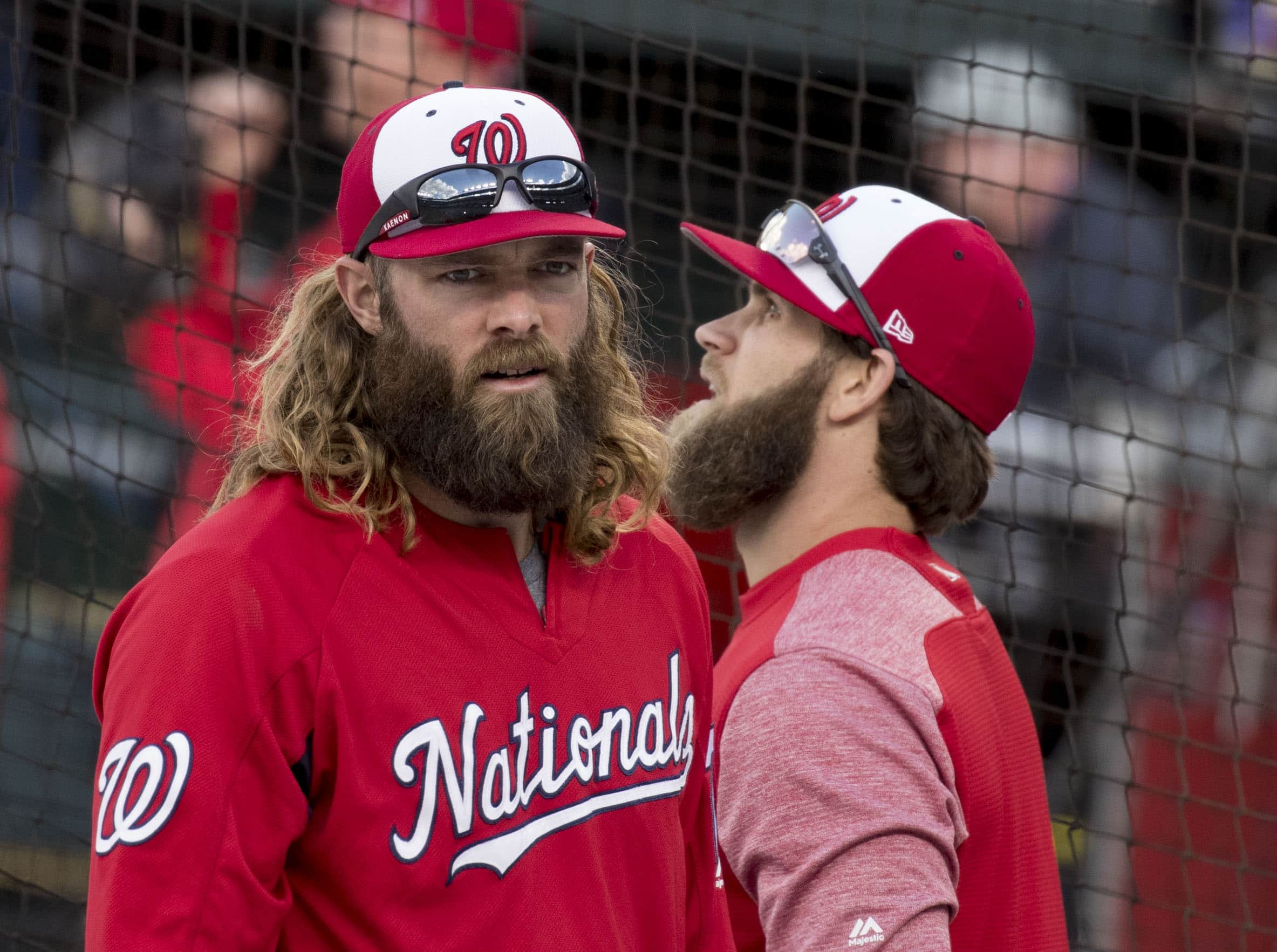 While at the bottom of this list, Bryce Harper still makes a staggering $150k per game. That’s more than most of us make in a year! However, this price is well worth it for the Phillies, as he is one of the most touted draft players in recent memory.

Harper has been a solid baseball athlete since his high school days. He graduated early to be a part of the College of Southern Nevada’s team.

Shortly after that, he made his MLB debut with the Nationals On April 28, 2012, at 19. That same year, he was nominated for the All-Star Game, making him the youngest to join the event. However, talent does come with a price, and now, Harper is performing well for the Phillies.

When his contract was made and signed in 2019, Harper had the richest contract in the history of North American sports. 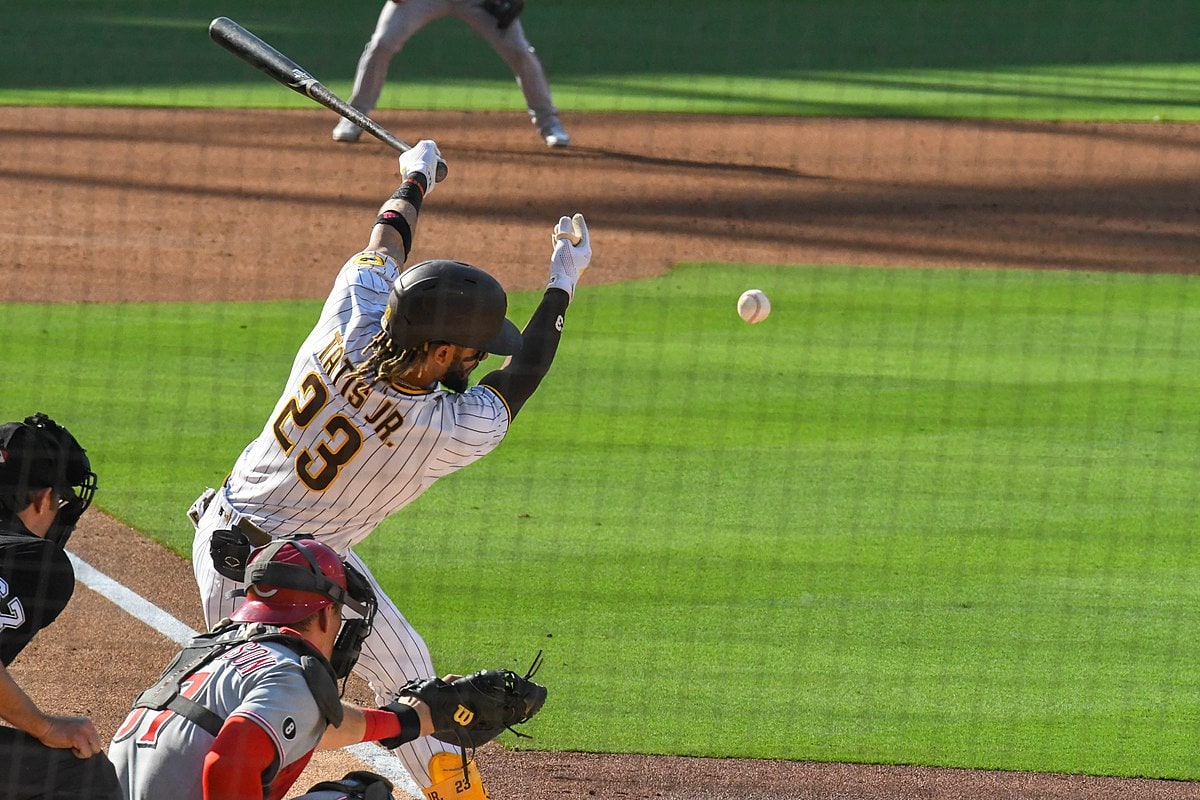 Nicknamed “El Niño” or “Bebo,” Fernando Tatis Jr. is a shortstop and outfield for the San Diego Padres. He made his debut in 2019, and the following year, he made rounds after winning the Silver Slugger Award.

In 2021, he joined his first All-Star game. Right now, he is off games due to an injury and a PED suspension.

He is the son of former MLB player Fernando Tatis Sr., an acclaimed slugger. Although he’s been with the MLB for only a few years, Bebo has already made 81 home runs which is an impressive feat. However, fans are still eagerly waiting for his return to the field.

Bebo spent much of his childhood in the Cardinal’s clubhouse, as his father was a part of the team. In his youth, he spent most of his time practicing with Robinson Cano. 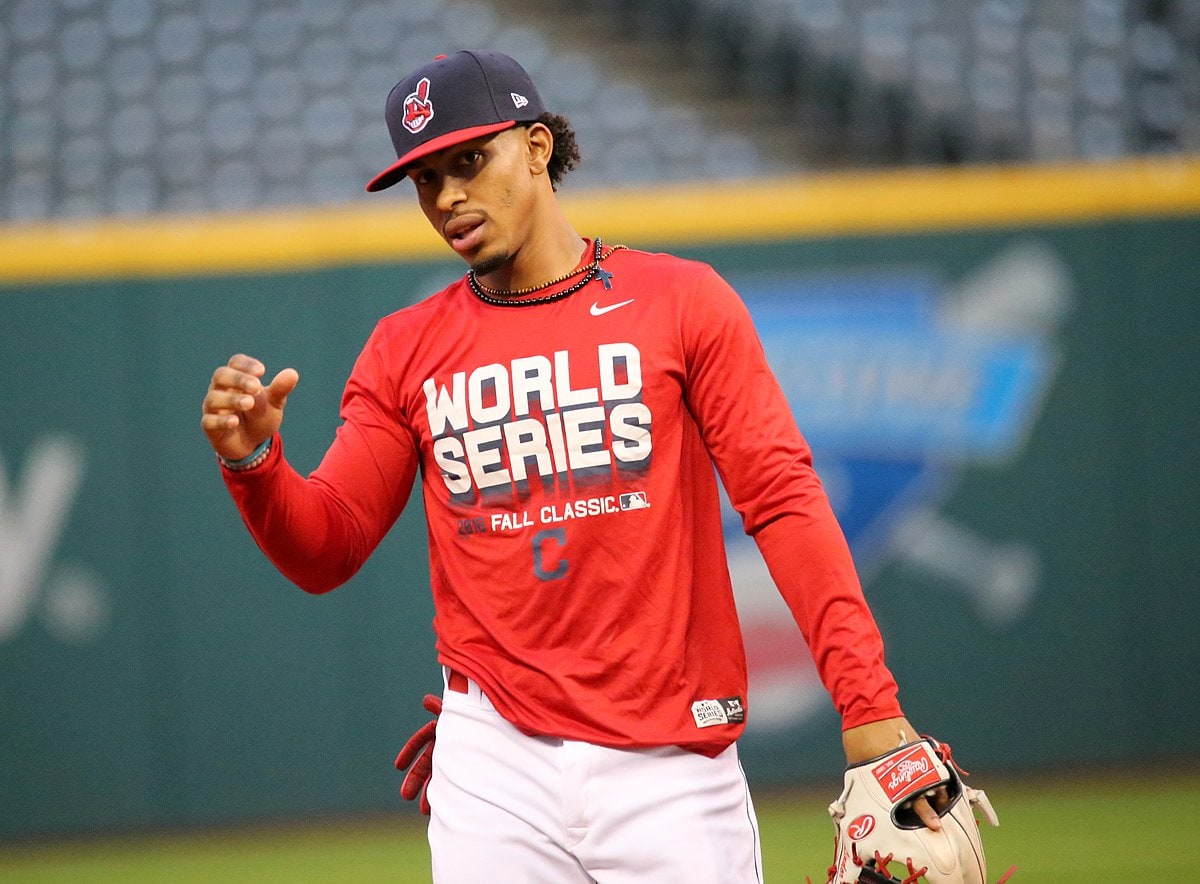 The charismatic Mr. Smile got this massive contract just this year. He has been with the MLB for years, and he started his career’s momentum in 2016 when he first got picked for the All-Star game.

That year, he also won the Gold Glove Award — making him the first Puerto Rican to get the esteemed trophy. The following year, Francisco Lindor also won his first Silver Slugger Award.

Lindor was born in Caguas, Puerto Rico. He began swinging a bat at an early age. He joined the MLB as the Indians’ first draft pick in 2011. As one of the promising rookies at the tie, Lindor was rated by Baseball America as the top overall prospect of the Indians in 2013.

This massive contract of Lindor was made just a few hours short of Opening Day on April 1, so it was the last call for the New York Mets. 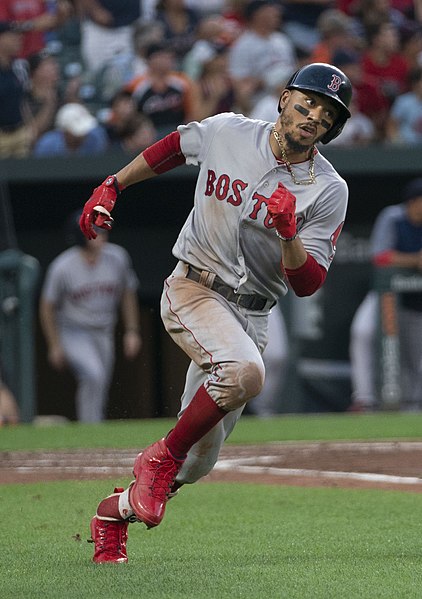 Mookie Betts was drafted in 2011 by the Boston Red Sox. However, he wouldn’t make his MLB debut until the 2014 season. When he stepped up to the plate, he split his time between second base and the outfield.

While with the Red Sox, he became the first player in MLB history to win the Silver Slugger, Gold Glove, MVP, and the World Series in the same season.

He was chosen to be a part of the National League All-Star Team during his first year with the Dodgers. Sadly, he suffered back and left shoulder injuries, preventing him from playing the game. Despite the injuries, Betts has been playing well for the Dodgers currently.

Betts plays for the Professional Bowlers Association (PBA) as a ten-pin bowler. He once bowled a perfect game in 2017 during the World Series of Bowling. 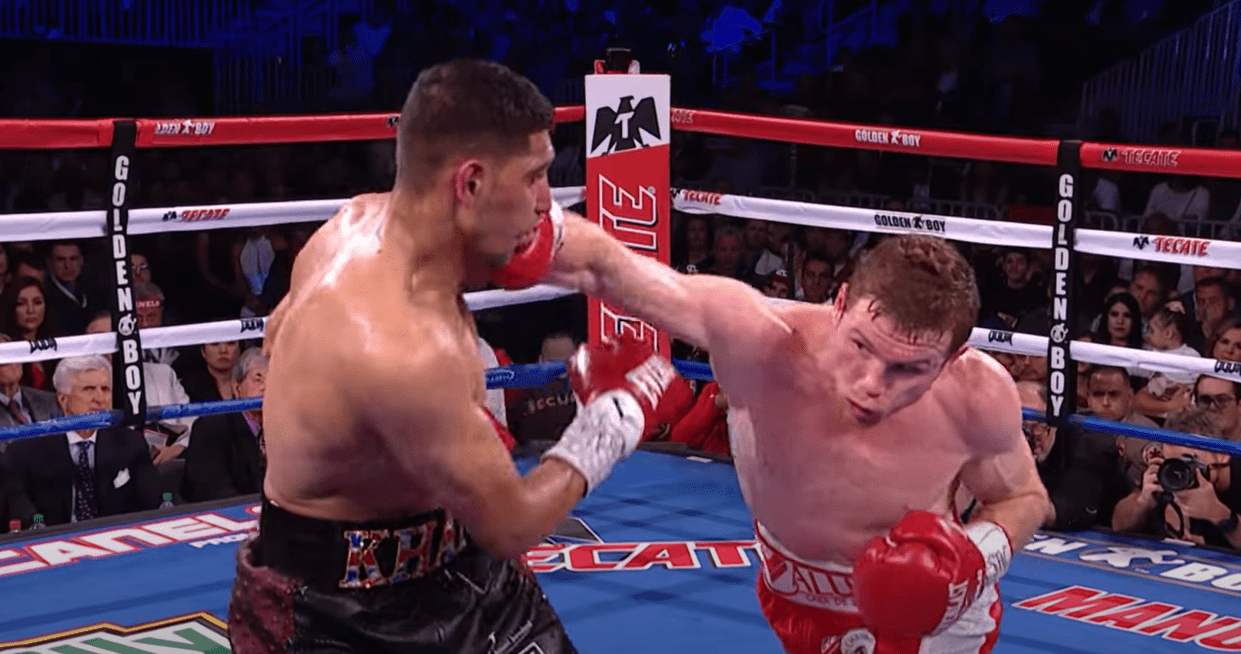 Everyone in the boxing world knows who Canelo Álvarez is right now. He might be one of the best boxers alive.

His insane head movement, reaction time, and power have made him a force to be reckoned with inside the ring. As such, it’s not surprising that he can bag over $33 million per match.

He takes a few weight classes, including Welterweight, Light middleweight, Middleweight, Super middleweight, and Light heavyweight. He has won belts in four out of these five weight classes. Álvarez is known as one of the best counterpunchers in the sport. He’s able to exploit his opponents and their poor timing against them.

Canelo didn’t have any intentions to box despite coming from a family of boxers. However, his red hair and freckles got him bullied in school, so he picked up boxing to fend for himself. 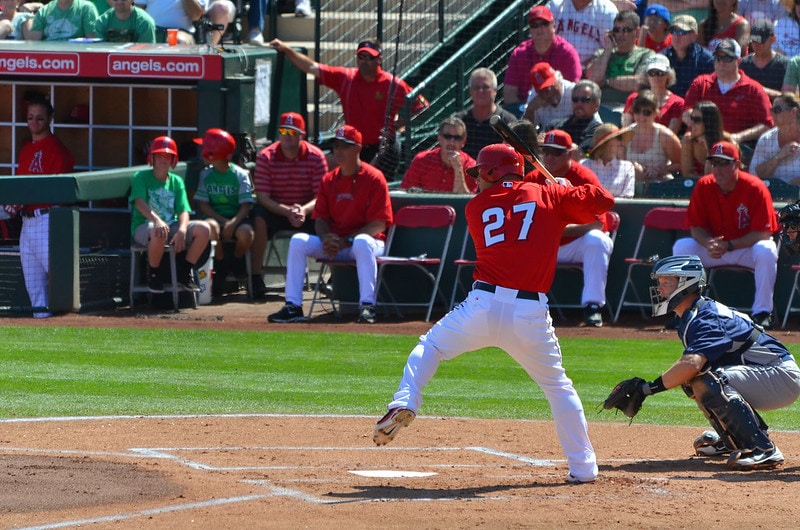 Mike Trout is the last baseball player on this list. As a ten-time MLB All-Star and three-time American League MVP, it shouldn’t be surprising that he has one of the largest contracts in the sport’s history.

He started playing for the Angles in 2009 when he was drafted. He has been playing with the team since then, and his time with them has undoubtedly paid off.

Trout is regarded as one of the best center fielders in the sport right now. His athleticism has earned him praise from mainstream media, as well as from fellow athletes. He has set multiple records during his career, and it seems like he’ll be set to break more as his contract will run until 2030. 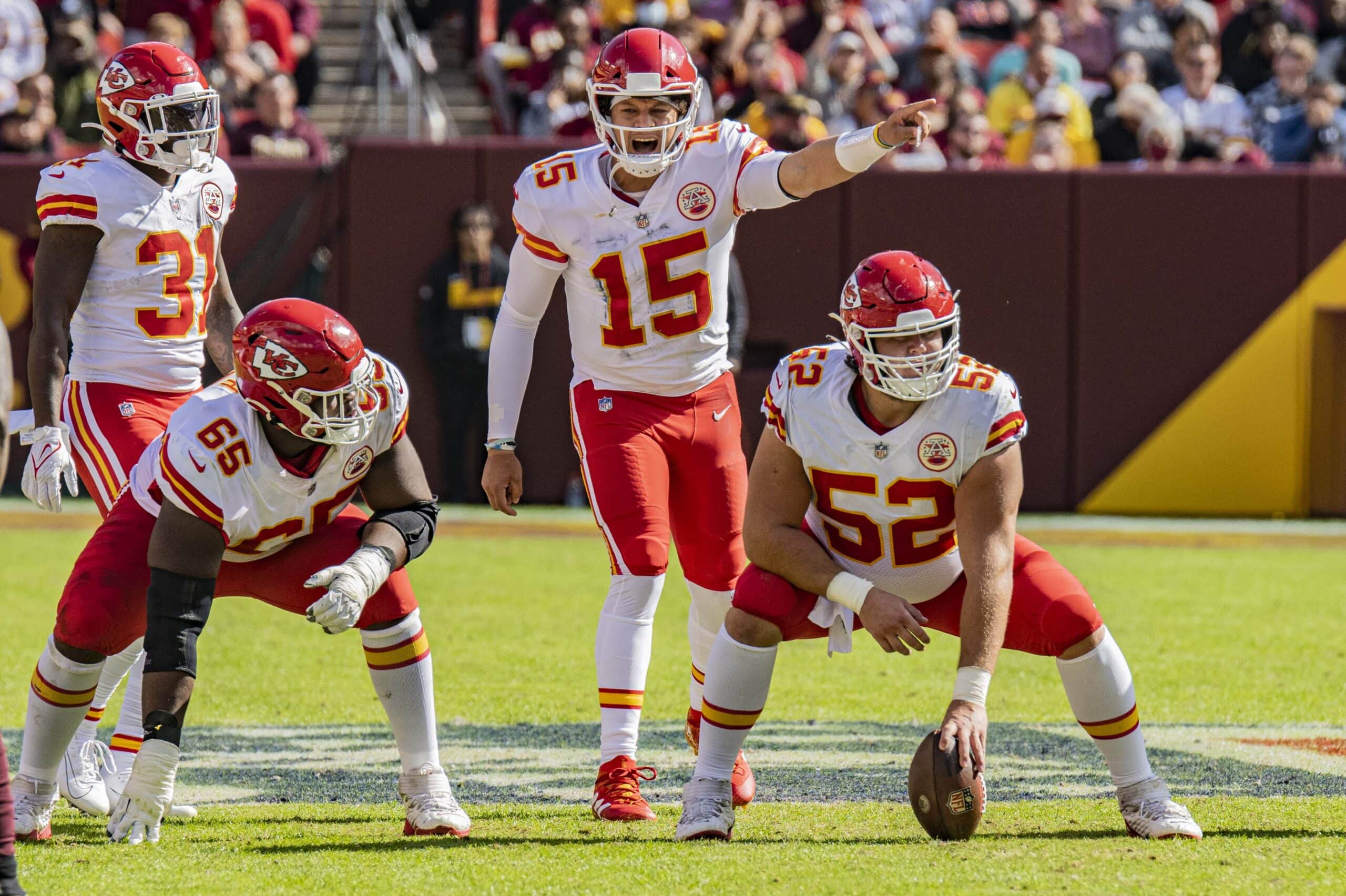 Patrick Mahomes has the largest contract in NFL history. That is not bad for a career that started in 2017 when the Kansas City Chiefs first drafted him. He has been playing with the league since and has been one of the best quarterbacks for the chiefs.

As a young quarterback, Mahomes has already set a few records. He and Peyton Manning are the only NFL players to score 50 touchdown passes and make 5,000 yards in a single season.

During his first season, Mahoes was added to the Pro Bowl and named First Team All-Pro. He also won the NFL Offensive Player of the Year award, as well as the MVP award of the league. His contract with the Chiefs will last until 2031 so expect more from this talented quarterback.

Patrick Mahomes is the son of former MLB pitcher Pat Mahomes. Because of his background, Mahomes also played college baseball for a time. 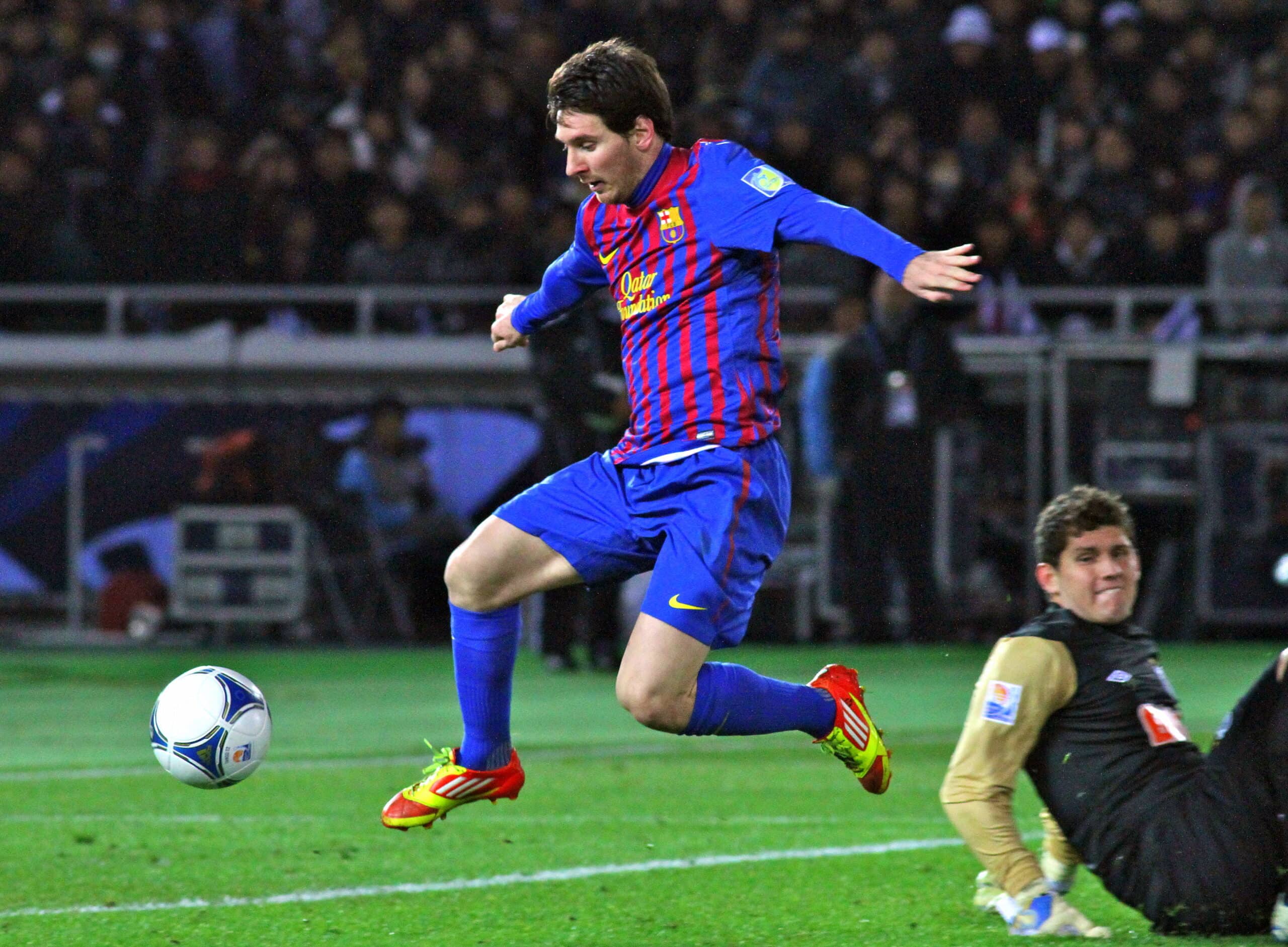 The largest sports contract is given to Lionel Messi. Everyone who loves football knows just how talented Messi is. Although FC Barcelona suffered an upset loss to Saudi Arabia in the current World Cup, there’s still no doubt about Messi’s ability to lead and play on the football field.

Messi relocated to Spain to join Barcelona at the young age of 13. He made his competitive debut at 17 in Oct. 2004.

Since then, he has been integral to Barcelona FC and the entire World Cup. He has set numerous records in the sport already, and he’s going down as one of the top players in the sport of football.

When he was 11, Messi was diagnosed with a growth hormone deficiency and predicted to grow up to 4 ft, 7 in. only. When Barcelona signed him, they paid for his treatments which cost $900 per month.