The process of purchasing a new television set should be an exciting adventure, and in many cases, it is; however, there is a quite challenging hurdle to overcome.

Simply put, there are so many different television models, forms, and configurations to choose from that it can be almost difficult to determine which one is best for you.

At this day and age, viewing movies on a modern home television in 4K resolution is considered to be the pinnacle of the experience. Always give serious consideration if you want the highest possible visual quality. Here are the 10 largest 4K TV products in the world. 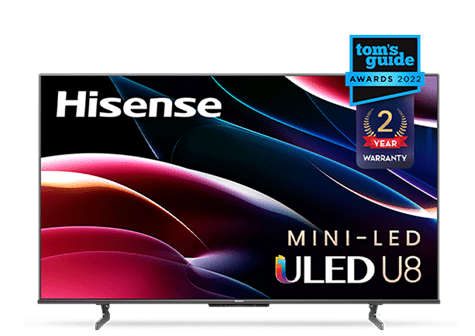 This television has a minimalistic appearance because to its bezel-less design, which prevents it from “overpowering” the space with an excessively huge frame. This television comes with a plethora of features, all of which are supported by a strong stand made of metal.

Cinematic sight and sound can now be experienced in the comfort of your own home with technologies such as Dolby Vision HDR and Dolby Atmos. They provide an astounding level of realism that can be seen and heard in each situation.

Hisense’s primary product line is televisions, and the company has been the leading TV maker in China in terms of market share every year since 2004.

The LZ980 Series 4K OLED TV breathes life into the content. Thanks to the OLED display, you’ll be able to appreciate realistic detail, bright colors, and deep blacks.

Dolby Atmos®, which can be found in the most up-to-date movie theaters as well as on the most expensive televisions, conveys sound with astounding clarity, richness, and depth. 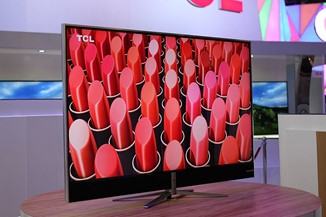 The 6-Series from TCL offers a greater TV experience by combining a daring, brushed metal style with outstanding image performance in 4K HDR as well as the smart platform from Roku TV that has won several awards.

Dolby Vision is capable of producing images with increased brightness and contrast, in addition to a wider color gamut and deeper tones. The picture results in dramatic contrast between bright and dark regions of the screen.

The performance is supplemented by the smart TV platform that has won several awards, and that platform is Roku OS. 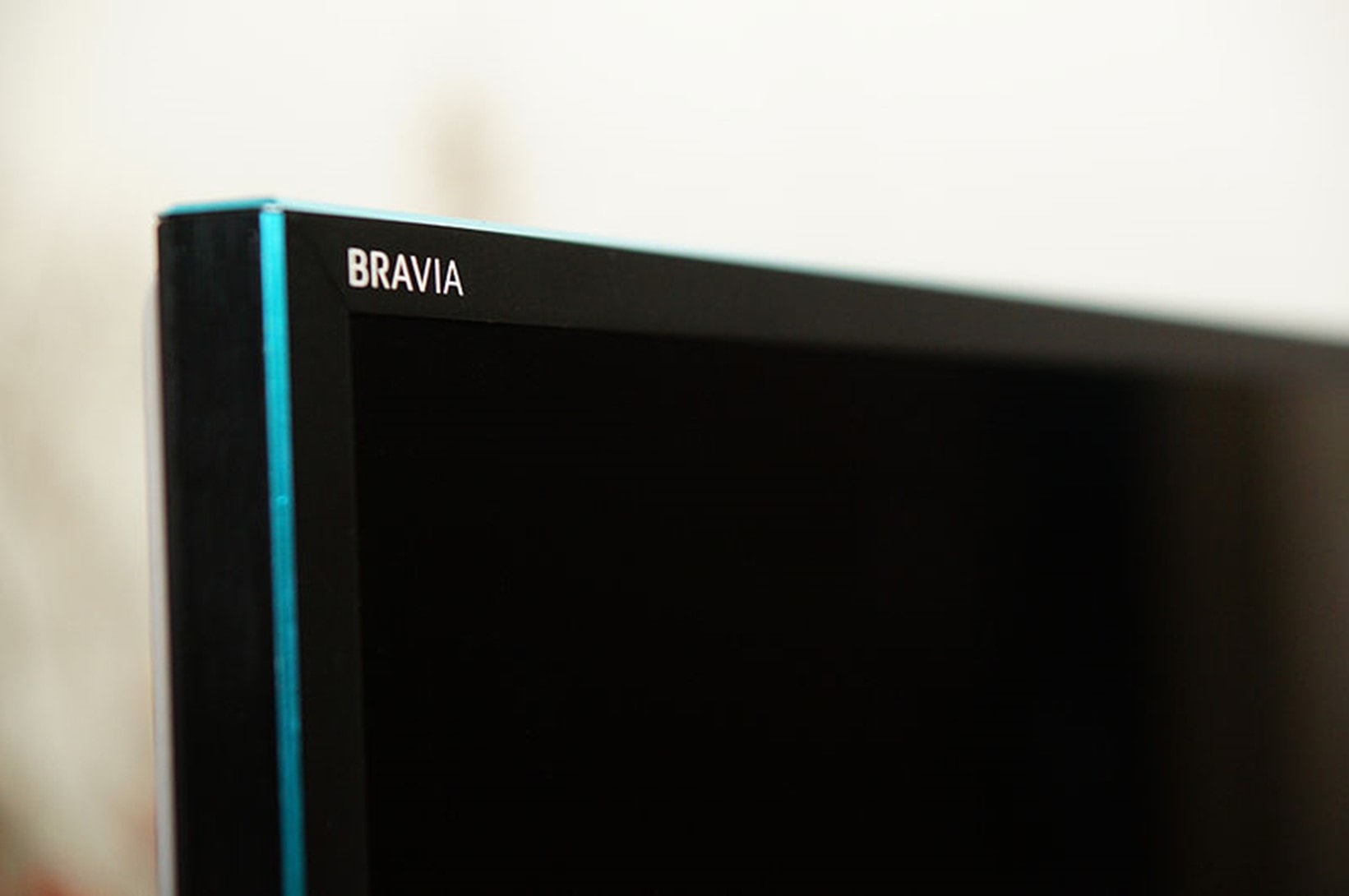 The MASTER Series A90J is Sony’s best-ever OLED TV and has contrast that will blow your mind in addition to the brightest image that Sony has ever achieved with an OLED display.

The BRAVIA XR A90J OLED TV, which is driven by the all-new Cognitive Processor XRTM, offers next-generation technologies such as BRAVIA CORETM and HDMI 2.12 to transform the watching, gaming, and listening experience.

This TV is also powered by the all-new Cognitive Processor XRTM. The A90J has a luxury design that is inspired by minimalism and was engineered to be beautiful on the inside and the outside. This design is suitable for even the most refined aesthetics.

The Sony Corporation uses the brand name BRAVIA for their line of televisions and other electronic items. “Best Resolution Audio Visual Integrated Architecture” is what the acronym for this system stands for. 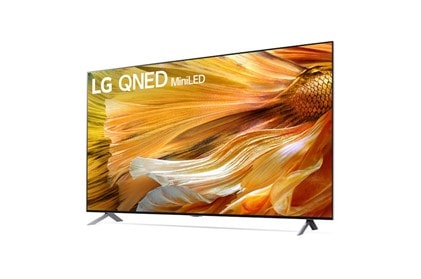 The introduction of the LG QNED MiniLED heralds the beginning of a brand-new era for LED televisions. The television set can be configured up to 86 inches.

The cinematic experience provided by this marvel has been improved in practically every manner for an increased sense of immersion thanks to the deeper blacks and bright color that it has. This television has the ability to completely steal your breath away on each and every occasion.

LG Electronics is the second biggest TV maker in the world, just behind Samsung Electronics. 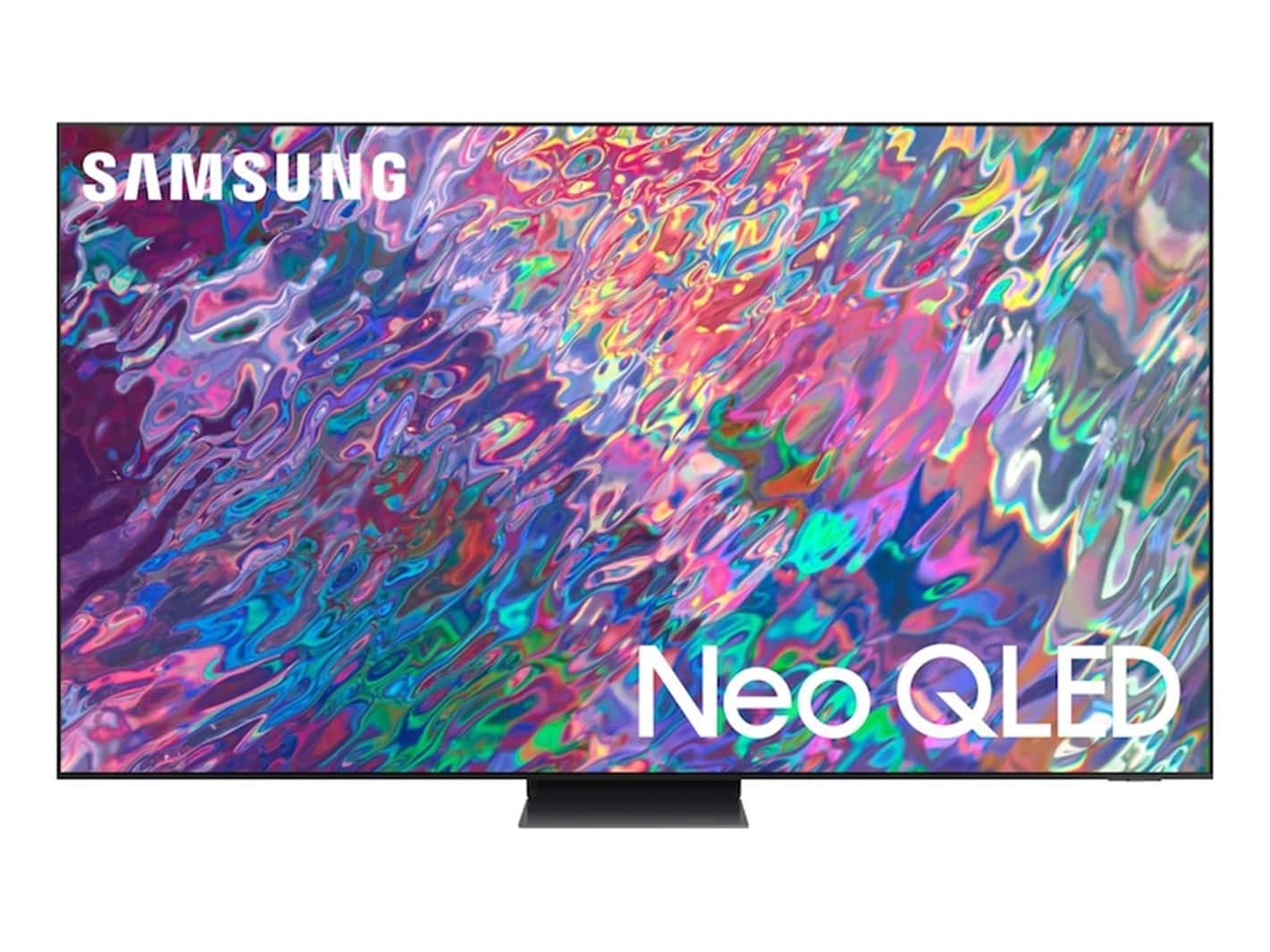 In this almost borderless, all-picture 98-inch Class Infinity Screen television, you may completely immerse yourself in the experience.

The finest AI-Neural Processor from Samsung always shows magnificent 4K, powers the newest Smart TV Apps, and surrounds the space with sound, all while sporting a high-end metal design that is ultra-sleek and sophisticated.

It takes direct control of the separate zones of illumination in your image to produce spectacular color and contrast, and it is driven by a massive grid of Samsung’s ultra-precise Quantum Mini LEDs. 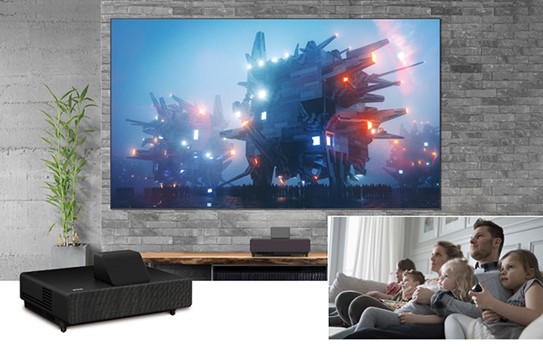 The Epson EpiqVision Ultra LS500 is a new generation of digital projection that redefines the entertainment experience by presenting a breathtaking image up to 130 inches in size. It provides an immersive viewing experience that is compatible with 4K HDR2 technology.

This high-tech television is an ultra-short throw laser projector that will simply amaze you no matter what you’re using it for: broadcasting your beloved TV show, gaming on the newest generation of consoles, or viewing a film that’s set to break box office records.

Epson is the common name for the Seiko Epson Corporation, which is a Japanese multinational electronics firm that is one of the major makers of computer printers and information and imaging-related technology in the world. 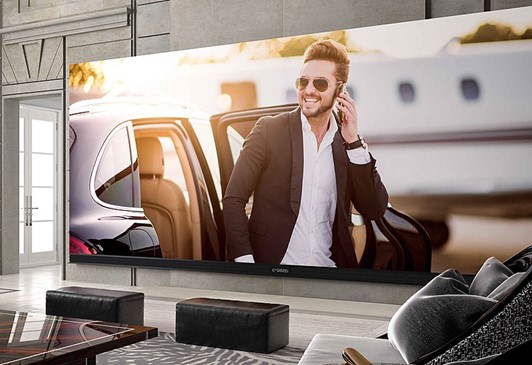 The C Seed 262 is an enormous TV that is great for watching shows and film. It has a suggested retail price of nearly £500,000, making it not only one of the most expensive television sets in the world. Additionally, the installation is not included in the price of that service.

Since it weighs 800 kilograms, the C Seed 262 is extremely heavy, even heavier than a Formula One racing vehicle. It has a plethora of technology and a large array of over 7 million light emitting diodes (LEDs).

C SEED 262 comes equipped with a specialized fabric cover that can be folded away when viewing begins and then used to conceal the screen when the TV is turned off.

The Wall is a revolutionary breakthrough in consumer electronics that consists of a super-sized panel that is created to your own requirements and can be tailored to fit for any room.

It is a seamless addition to the design of your space, functioning as an extension of your own unique sense of style.

The Wall brings images to life with a level of flawless precision that has never been seen before, delivering each and every detail just as it was intended. Witness colors in their most unadulterated form, from the darkest blacks to the brightest whites, and everything in between.

The Wall is a representation of Samsung’s aim to provide first-class graphics performance, superior technology, and installation that is as smooth as possible. 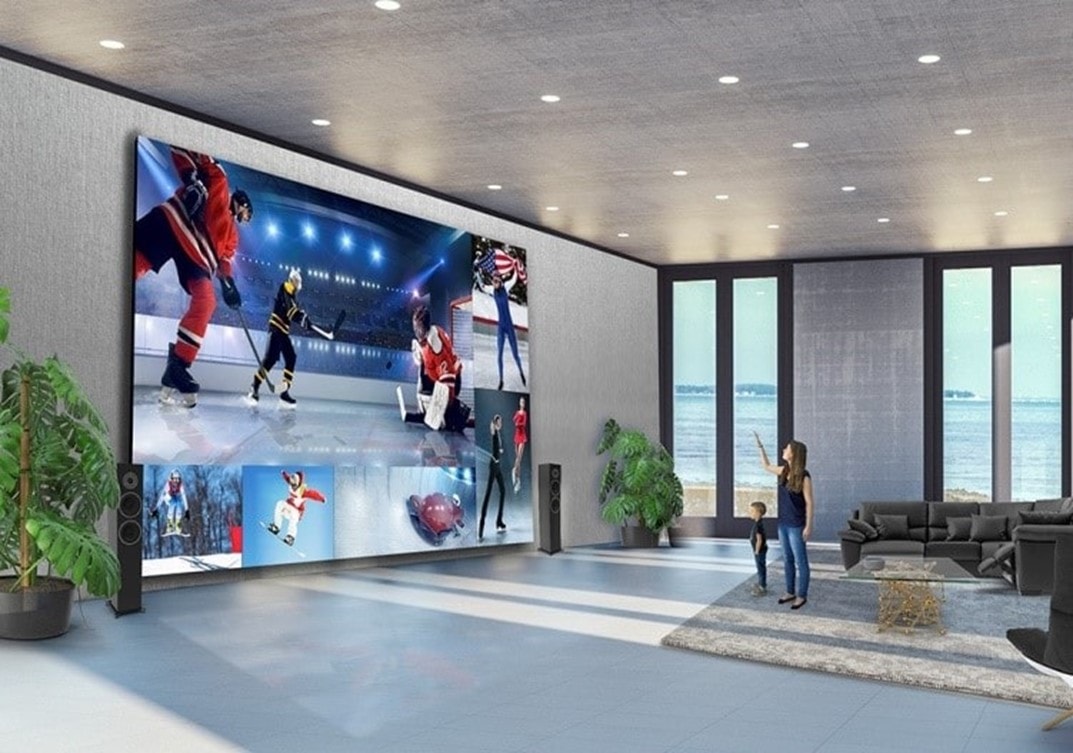 The LG DVLED Extreme Home Cinema is the largest 4K TV in the world. It was LG Electronics’ first-ever Direct View LED (DVLED) display series, and it was developed exclusively for high-end home installations.

UltraStretch video wall-style installations from LG DVLED Extreme Home Cinema provide seamless displays in sizes up to 325 inches diagonal. These installations create a seamless 32:9 display that is great for watching numerous forms of entertainment such as sports programming.