Large fleets of cargo aircraft that fly over our skies regularly are the only way this is even conceivable. These feats of engineering are intended to move a wide variety of items from one point to another.

The list of the largest cargo planes in the world is a true adventure. Not only are they big, but they also allow you to move more material per flight than any other type of aircraft.

Even though most of these aircraft are intended for transporting big commercial goods, some freighters are also used for military objectives. About 140,000 tons and 20 million parcels of air freight are transported throughout the globe in just one single day.

But which of these planes is the largest among these freighters? So, let’s look at the 15 aircraft that currently holds the record for the most cargo space in the world! 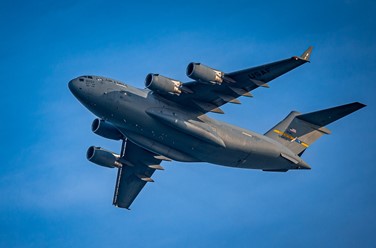 The Boeing C-17 Globemaster III was developed in collaboration with the McDonnell Douglas Corporation to provide transportation for military goods and personnel for the United States Air Force.

The greatest weight that the C-17 Globemaster III can carry into the air is 265,352 kg. It has a maximum payload capacity of 77,519 kg and a cargo hold that is 583 cubic meters in volume. Because of this, it can perform very well as a military air lifter.

The first flight of a C-17 Globemaster III took place in 1991. It is recognized to this day as one of the most strategic military transport aircraft used by the United States Air Force, with a total of 279 constructed over the previous several decades. 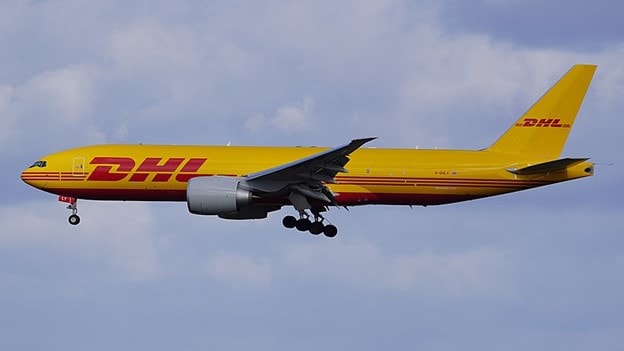 The Boeing 777F is the freighter variant of the 777-200LR. It shares many characteristics with its sibling, including the fuselage, total length, and wing span.

The maximum take-off weight of 347,452 kg contributes to the widespread adoption of Boeing’s biggest twin-engine freighter. It has the capability of transporting freight weighing up to 103,000 kg.

This freighter has a length of 63.73 meters, and its wingspan is 64.80 meters. Because it is built on the long-range variant of the 777, it has a maximum range of 9,038 kilometers when fully loaded, making it an excellent medium and long-haul freighter.

Even though the first 777F was delivered in 2009, it continues to be a popular choice for commercial cargo freighters.

The 747-400, known as the “queen of the sky,” was the basis for the Boeing Dreamlifter, which debuted in 2007 and is a modified version of that aircraft.

Four aircraft are now in operation, carrying Boeing components like fuselages between different manufacturing facilities. These planes were manufactured in a total of four.

Its major function is to transport airplane components for Boeing’s 787 Dreamliner to the different assembly factories around the company’s global network.

As a result of the Dreamliner’s swing tail door and its ability to lift its nose, transporting other commercial Boeing fuselages in the aircraft has become a straightforward process. 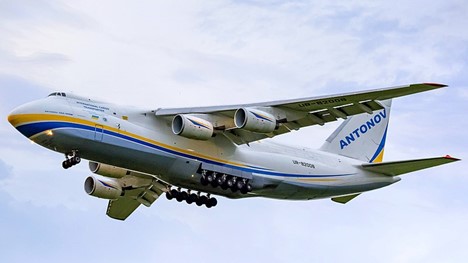 The Antonov An-124 Ruslan was shown to the public for the first time in 1986 and was developed in the Soviet Union. The length of the freight aircraft is 69.1 meters, and its wingspan is 73.3 meters. Its cruising speed is 865 kilometers per hour.

Because it has a maximum takeoff weight of 402,000 kg, the Antonov An-124 is included on this list. It can carry a payload that is up to 150,000 kilograms in weight. There is room for a maximum of six crew members on board. 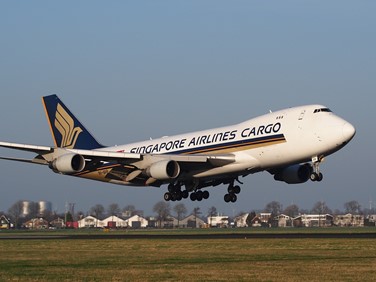 A further big freighter manufactured by Boeing, the Boeing 747-400ERF is a member of the 747-400 series. Extended Range Freighter is the abbreviation for the 747-400ERF, which went into service in 2002. Air France was the company that received the first of these aircraft.

The greatest weight that can be carried into flight by a Boeing 747-400ERF is 412,769 kg. Because of this, it is considered one of the world’s biggest freight aircraft. There is room for up to two people on the crew, and it has a maximum payload capacity of 124,012 kg.

It is powered by either four PW4000 engines or four GE CF6 engines, with a range of 9,230 kilometers. Today, several commercial airlines, like KLM and Air France, employ this aircraft for their cargo operations, making it a familiar sight in the sky.

The United States Air Force operates the Lockheed C-5 Galaxy, which entered service in 1968 and was built by the company. The company only produced a total of 131 of these airplanes.

The maximum takeoff weight (MTOW) of the Lockheed C-5 Galaxy is 417,305 kg. The amount of space available in its cargo hold is 880 cubic meters. It can transport cargo weighing up to 127,459 kg and has room for a crew of up to seven people.

It measures 75.31 meters in length, which is somewhat shorter than the Boeing 747-8F, and four powerful General Electric TF39 engines power it. This concept has proved used in several significant wars, including Vietnam, Iraq, and Afghanistan, and it is still in use today.

Because of its great range of 11,705 kilometers, the Lockheed C-5 Galaxy is an excellent choice for a cargo aircraft employed for military missions.

The Boeing 747-8F was initially put into service in 2010 and was designed and manufactured in the United States. It is a member of the 747-8 line, of which Boeing has manufactured 141 during the series’ history.

The Boeing 747-8F is one of the biggest freight aircraft currently in existence. It has a maximum takeoff weight of 447,700 kilograms (kg), making it one of the largest in the world.

It has a cargo hold equal to 858 cubic meters in volume. It has a maximum cargo capacity of 132,600 kg and can accommodate a crew of two persons.

This monstrous creature is a whopping 76.3 meters long, and its wing spread is 68.4 meters. The Boeing 747-8F is popular among commercial airlines for transporting cargo on charter and regularly scheduled routes.

Since it enables nose loading and carries a significant amount of cargo, this freighter aircraft, which is propelled by the General Electric GEnx turbofans, is one of the most widely used commercial freighters in operation. 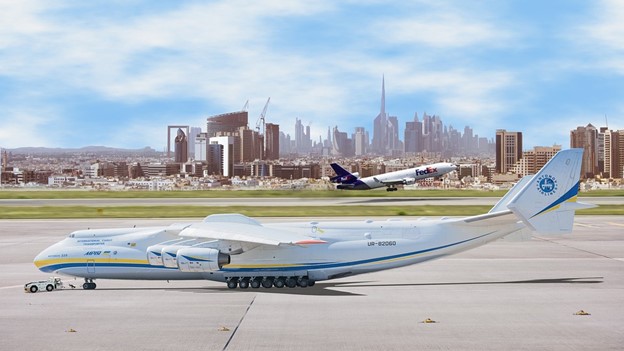 The Antonov An-225 Mriya, which first flew commercially in 1988, is the largest cargo plane in the world. It was created in the Soviet Union. Only one of these airplanes was ever manufactured, the same one used today.

It is the heaviest plane that has ever been manufactured and has the greatest wingspan of any currently used aircraft. The Antonov An-225, which has a range of 15,400 kilometers, is often hired to transport enormous and complex cargo.

To sustain the aircraft’s enormous weight, the landing gear of the Antonov An-225 consists of a total of 32 wheels. Additionally, at 84 meters in length, it is the longest aircraft in service.